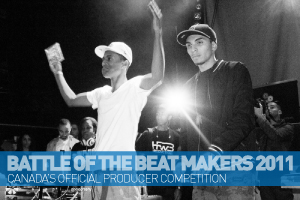 •  Check the link for full details on all the events

Grammy nominated and platinum-selling producer, T-Minus is taking time to show his love for the event that gave him his initial push as a producer.  T-Minus was crowned champion at the 2005 installment of the competition.  “It’s an honour to come back and be a part of what was a big influence on my career, says T-Minus.

“It was a pivotal moment in my life; it really showed that I had the talent to make it in the industry.”  Since his win at BBM, T-Minus has gone on to earn a Grammy nomination for his production work on Ludacris’ “How Low”, and has produced chart toppers like T.I.’s “Poppin’ Bottles”, Nicki Minaj’s “Moment 4 Life” featuring Drake and current smash hit by DJ Khaled “I’m On One” featuring Drake, Rick Ross and 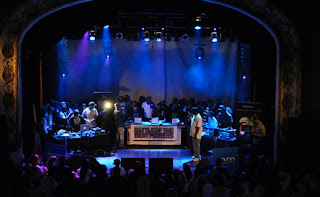 Grammy award winning and platinum-selling producer Boi-1da has competed in the event winning three times in previous years and took part as a judge in 2008 and 2010.   He returns this year looking for the next top producer to win the 2011 crown.

“I’m looking for creativity, transitions in the beats, and honestly just hard hitting beats” says Boi-1da.  “Their beats have to move the crowd!” Boi-1da has garnered much awards and acclaim with chart topping hits and album credits such as Eminem’s album “Recovery”, Drake’s “Thank Me Now”, DJ Khaled’s “We The Best Forever” to name a few.  Collectively selling platinum six-seven times over.

Grammy award winning producer 9th Wonder makes his first appearance to the competition this year. Very familiar with the grind producers have to endure to make it in the industry.  9th was tapped to produce on Jay-Z’s “Black Album”, three songs for the R&B Super group Destiny’s Child on the album “Destiny Fulfilled”, Mary J. Blige for “The Breakthrough”, Erykah Badu’s “Honey” and Ludacris’s “Do The Right Thang”, and will also be working with Drake on his sophomore album. 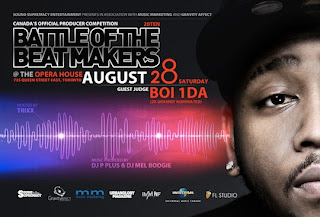 Maybach Music Group recording artist Stalley lands a spot as a special guest judge.  A fan of Boi-1da and T-Minus he recognizes that Canada has a vast pool of producers with massive talent.  “I expect to hear some of the dopest producers out of Canada” Says Stalley.

“What I look for in a producer is that originality, someone who is very musical with their production, fill it up with those violins, 808s and 909s.  But I do enjoy a good mixture of music.” Known for tracks “The Cook Up”, “The Tune Up”, Slapp”, “Babblin” and “Hercules” off of his recent release “Lincoln Way Nights”.  Stalley has worked with producers Ski Beatz (on tracks “Address”, “Do It Big”, “Harsh Ave”), Rashad Thomas (on album Lincoln Way Nights) and J. Rawls (on track “Babblin”).  He is featured on Curren$y’s Universal/Def Jam album “Pilot Talk”.  His album “Lincoln Way Nights” has received over 130,000 full album downloads and ranked the #2 Hip-Hop release on Bandcamp.com for over five weeks. 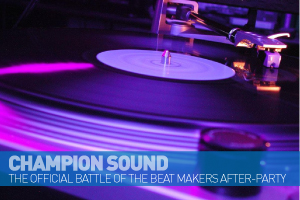 “Producers and artists like the announced judges motivate aspiring producers to strive for success.  Those same aspiring producers motivate me to continue putting my heart and soul into keeping BBM going.”  Says Clifton Reddick, BBM/Sound Supremacy Entertainment Founder.  “Turning on the radio and hearing Boi-1da & T-Minus or turning on the TV and watching music videos even awards shows featuring or acknowledging them is also something that makes me know the show must go on.”

Sound Supremacy Entertainment would like to proudly announce the screening of “The Wonder Year” as a part of the “Battle of the Beat Makers: Producer Retreat”. Come join Grammy Award Winning producer 9th Wonder, film director Kenneth Price and Woodie White from L-R-G for the Canadian screening premiere of “The Wonder Year”. Presented by L-R-G in association with Sound Supremacy Entertainment and Urbanology Magazine.  This is a Canadian exclusive one time screening that you do not want to miss!  Brief introduction before the film and Q&A session after with 9th Wonder and Kenneth Price.