In the late '60s, the late British guitarist and songwriter John Martyn broke ground by leaping from acoustic folk into highly successful experiments with tape delay, wild recording scenarios, and 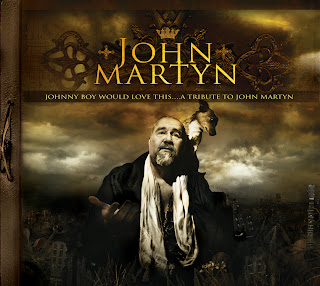 jazz-inspired arrangements. He became a cult figure among British musicians. A list of his admirers reads like a who's-who of rock, pop, and even trip hop: Eric Clapton, The Band's Levon Helm, Lee "Scratch" Perry, The Cure's Robert Smith, Beck, Morcheeba.

To honor his life, thirty artists reveal the full breadth of Martyn's creativity on Johnny Boy Would Love This...A Tribute to John Martyn (Hole in the Rain; August 16, 2011)

. The package will include a double CD digi-pak, 40-page booklet, and DVD that will feature interviews with a number of the contributing artists, performance videos, and rare live performances by John himself. Adding to this unique audio experience is the inclusion of John's actual guitar work on two of the tracks.

Musicians from several generations take on Martyn's intense, sometimes joyful and sometimes despairing, but always influential work. They come from the fertile acoustic fringes (Vetiver, Beth Orton) and from the heart of rock and pop (Robert Smith, Phil Collins). They are elders of blues (Clarence Fountain and Sam Butler of the Blind Boys of Alabama) and young up-and-comers (John Smith and Sabrina Dinan).

From John's last recording, Heaven and Earth (2011) - with Phil Collins:

When Bob Marley listened to Martyn (his label mate from Island Records) perform from backstage, he turned to Island founder Chris Blackwell and asked, intrigued, "What band is that?" It was the charismatic Martyn, playing solo. Along with his charmingly rakish persona and intense musicianship, Martyn began using analogue effects on his acoustic guitar in the 1960s. The result was so big and distinctive that it transformed Britain's rock, roots, and dance music.

"I first heard 'Small Hours' on the John Peel Show late in 1977 and fell instantly in love with it... 'One World' very quickly became my favourite John Martyn album... And these beautiful songs were, are and always will be an inspiration and an enchantment.""- Robert Smith ("Small Hours")

Martyn's deep appreciation for jazz musicians like Pharoah Sanders, as well as his unfailing instinct for crafting evocative and musically complex songs, led him to the Echoplex, an early tape delay unit that allowed him to layer sound on sound live. The effect not only wowed Marley, but opened the door for Brian Eno's ambient music, The Edge's delay-soaked guitar, and a slew of recent loop-based solo artists.

"He was the very first folktroniker if ever there was one!" -Beth Orton ("Go Down Easy")

His live innovations were matched with unconventional approaches to studio recording, audible on tracks like "Small Hours." Recorded beside a lake at 3 a.m., Martyn played on one shore while the engineers sat on the other. 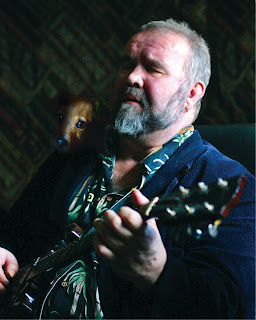 "John Martyn was a true pioneer within the world of acoustic music, and his work has left signs on the road for all of those who would follow. As well as being a deft guitar player and passionate singer, he was always very much alive to the possibilities of the studio, where he was a vivid creator of mood and atmosphere." -David Gray ("Let the Good Things Come")

Add excellent songs to that heady mix-gems like "Stormbringer," "Glorious Fool," "Bless the Weather," and "May You Never"-and it's easy to understand why generations of musicians have respected and loved the innately musical, tumultuous Martyn. He was everywhere in the '60s and '70s-and knew and inspired everyone. He struck up close friendships with Nick Drake, Phil Collins, and Eric Clapton, with Steve Winwood and Jimmy Page.

"John Martyn was unique. Completely unique. He had such power, such emotion, in his music that he could overwhelm the listener even when it was just him and an acoustic guitar." -Phil Collins

Yet unlike many icons, Martyn never settled for pop stardom. He continued to innovate and reach new audiences. His classic album Solid Air was voted one of the best chill-out albums of all time in the 1990s, and Martyn was lionized by a new generation of trip hoppers.

"I can remember when I first heard [the seminal Martyn song] 'Solid Air.' I was around 20 years old. It was a bright sunny afternoon. The sound of the double bass and the twinkling of the piano was just delicious. I was totally smitten." -Skye Edwards ("Solid Air")

Despite the acclaim and recognition he received in Britain, Martyn remains a musician's musician in the U.S., where his albums were not widely distributed. Johnny Boy Would Love This aims to bring the immense beauty Martyn sparked to new listeners.

"The album features all these young new artists, as well as some big guns and old friends," says Jim Tullio, longtime Martyn friend and producer, who also covers Martyn's "Road to Ruin" for the tribute. "They were elated to be asked, and really show how influential John has been. They've done more than just make for a nice standard tribute; they've breathed new life into John's songs."