drama and debauchery wrapped in a musical masterpiece with coc’s rigoletto
at the Four Seasons Centre, Toronto
September 29 to October 22, 2011

Toronto – A tragedy of Shakespearean dimensions is brought to life by some of opera’s most passionate and memorable music in the COC’s fall production of Rigoletto by Giuseppe Verdi.  The story of the tragic 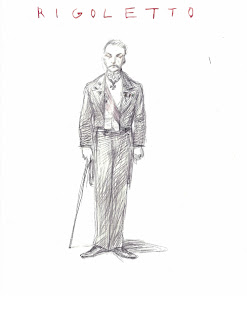 jester, Rigoletto, who vows to avenge his cruelly seduced daughter but ends up losing everything he loves, comes alive in a new production by the innovative team of COC Music Director Johannes Debus, American director Christopher Alden and award-winning Canadian designer Michael Levine.

• Sung in Italian with English SURTITLES™, Rigoletto runs for 12 performances at the Four Seasons Centre for the Performing Arts on Sept. 29, 30 and Oct. 2, 5, 8, 13, 14, 16, 17, 18, 20, 22, 2011.
Coming together to perform Verdi’s perennial favourite are up-and-coming opera stars as well as established voices from the operatic world.  Hawaiian baritone Quinn Kelsey’s stage presence and fluid voice has been turning heads in North America and Europe since he graduated from Chicago Lyric Opera’s prestigious young artist program in 2006, and he makes his COC debut as Rigoletto.  Kelsey shares the role with notable Verdi baritone Lester Lynch (2001’s Billy Budd), whose commanding, rich and nuanced voice has made him a regular presence in the major opera houses of the U.S.

Young Russian soprano Ekaterina Sadovnikova makes her COC debut as Rigoletto’s doomed daughter Gilda, a role she recently sang in an impressive debut at Royal Opera House Covent Garden.  Sadovnikova shares the role of Gilda with COC Ensemble soprano Simone Osborne, a rising Canadian star who charmed audiences last winter with her Pamina in the COC’s The Magic Flute and has been called “a joy to hear” by the LA Times.  This production of Rigoletto marks Osborne’s debut in the role of Gilda.

Sharing the role of the dashing but debauched Duke of Mantua are two of the most exciting and promising young artists on the horizon today: American tenor Dimitri Pittas, “an appealing, rising young singer of unaffected charm” (New York Observer) compared in look and sound to a young Plácido Domingo; and 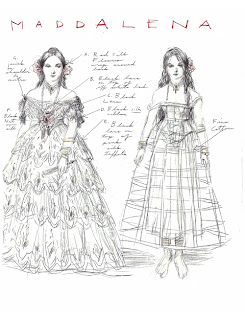 Canadian bass Phillip Ens (2010’s Aida) returns as the suavely sinister assassin Sparafucile.  Young American mezzo-soprano Kendall Gladen, who is quickly earning a reputation as an important young artist and has been heard throughout the U.S., makes her company debut as Sparafucile’s sister Maddalena.  Canadian mezzo-soprano Megan Latham (2011’s Nixon in China) is Gilda’s nurse Giovanna; Canadian bass Robert Pomakov, who can also be heard in this fall’s Iphigenia in Tauris, is the wronged Count Monterone who curses Rigoletto; and tenor John Kriter, a COC favourite, is the courtier Borsa.

COC Music Director Johannes Debus conducts Verdi’s musical masterpiece. Maestro Debus last delighted Toronto audiences when leading the COC Orchestra and Chorus in last season’s Aida and The Magic Flute.  He also performs as a guest conductor all over the world and returns to the opera company following an active summer schedule that included engagements at the Bayerische Staatsoper, the Staatsoper Berlin, the Spoleto Festival and Festival Opéra de Québec.

Director Christopher Alden, who staged the COC’s highly acclaimed production of The Flying Dutchman, once again brings his singular vision to this production.  Set in Verdi’s own time (Rigoletto was composed in 1851), Alden’s staging unfolds within the rich, ribald surroundings of a 19th-century gentleman’s club and brings to the fore an exploration of a patriarchal world in which powerful aristocratic men are given free rein. 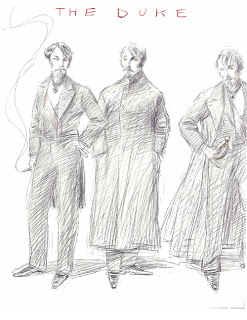 Joining Alden in bringing this creation to life is award-winning Canadian designer Michael Levine, whose previous COC collaborations include some of the opera company’s most renowned and internationally acclaimed productions (Bluebeard’s Castle/Erwartung, Oedipus Rex and Symphony of Psalms, the Ring Cycle).  His Victorian-styled sets and costumes for Rigoletto promise to be as equally visually arresting.  Duane Schuler (2003’s The Italian Girl in Algiers) returns to design the lighting.

This Rigoletto is a new co-production by the COC with English National Opera, based on the 2000 Lyric Opera of Chicago production directed by Christopher Alden and designed by Michael Levine.  Rigoletto was last performed by the COC in 2004.