New Haven beatsmith and solo artist D. Gookin, a.k.a. Mike Birnbaum, is on a mission. Think of it as retaliation against a recession both economic and emotional. While his peers delve ever deeper into 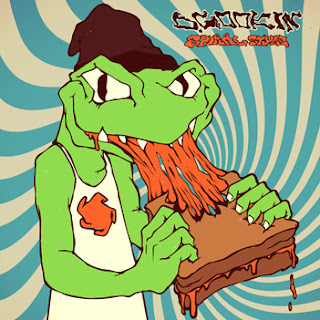 moodiness and sonic murk, Gookin flips life's unsavory bits into maxed-out, genuinely uplifting music. Combining the adventurousness of modern electronic innovators like Tobacco and Daedelus with the playfulness of '90s pop usurpers like Soul Coughing and Len, his sound is as propulsive as it is melodic, as freewheeling as it is meticulously orchestrated, and as blown-out bright as it is endlessly detailed.

Raised by journalists in the wooded suburbs of Maryland, Gookin found his way to music at a young age. He began piano at 5, encouraged by his family, and later an unhealthy obsession with Nirvana's In Utero left him fiending for guitar lessons. By 9, he'd assembled a drum set out of paint cans and toy tambourines, and after a year of bootleg clanging, his folks surprised him with a legitimate kit. He soon became a beat-driven tyrantâ€”that rare drummer who fancied himself leader of the band, ordering his kid friends to learn instruments so they could back him.

Here's the single Unbraid the Knot:

By the time Gookin left to pursue music production at the Hartt School of Music, he'd founded and dismantled at least one jam-thrash nu-funk outfit, and nurtured a deep love for IDM artists like Aphex Twin, Luke Vibert and Squarepusher, plus collagists like DJ Shadow. At school, he befriended jazz-addled glitch crew Landau Orchestra and became their drummer, gleaning the ins and outs of laptop production along the way. He took to it instantly and began to "just loop and listen," the process he employs to this day. Hence, D. Gookin was born.

His first self-released record's LP How 2 Deal and 2008's EP When You're Lonely, Everybody's a Celebrity

(Moodgadget) were steeped in '80s electro and Italo Disco and yet oddly melancholic, like hearing someone else's dance party through a wall, or a pop tune playing from the bottom of a swimming pool. After contributing to Passion Pitâ's full-length breakthrough Manners, Gookin self-released 2010's From Here the Wall of Undoing EP, where he took a different tack. He pushed his drums and vocals to the forefront, adopting a psychedelic, rock-driven, maximalist approach Ã la Dan Deacon. Meanwhile, he developed his kinetic live show to match, both locally and on the road with Mux Mool.