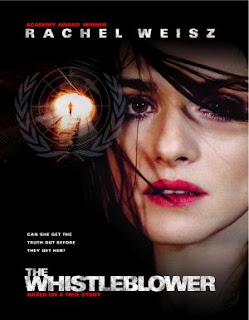 From a media release - about a film with two of my favourite actors:

eOne Films presents
THE WHISTLEBLOWER
A Film by Larysa Kondracki 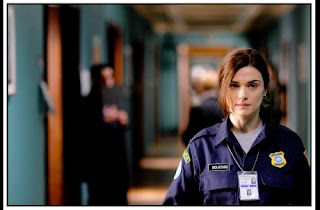 Based on a true story, Kathy Bolkovac (Academy Award-winner Rachel Weisz) is a Nebraskan police officer who takes a job working for the United Nations as a peacekeeper in post-war Bosnia.

Her expectations of helping to rebuild a devastated country are dashed when she unveils a different reality: corruption and cover-up amidst a world of the United Nation contingents, private contractors, and diplomatic doubletalk.

This story deals with a truth that most would find hard to believe: the scandal of cover-up of corruption and crimes against humanity.