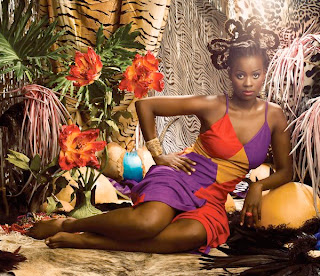 In August 2011, acclaimed vocalist and songwriter Somi will celebrate the release of her first live album, Live at Jazz Standard

When Somi was growing up, her mother told her that the rain, ever unpredictable, could be as much a blessing as a challenge. That notion has stayed with the charismatic singer and songwriter all her life and provided a metaphorical focus for her third studio album, If The Rains Come First

. (ObliqSound), a stunning collection of self- penned story-based songs, a meditation on opening ourselves up to life’s blessings and challenges much in the way that we accept the rain and all that it brings.

Born in Illinois to immigrants from Rwanda and Uganda, If the Rains Come First

debuted at #2 on the Billboard World Chart and #1 on the iTunes World Chart. A true cosmopolitan, Somi is also a 2011 TED 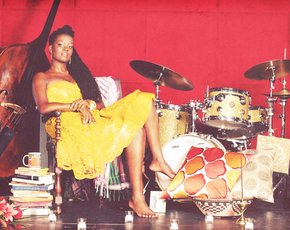 draws from a catalogue of music that spans across two acclaimed studio albums as well as covers such as Bob Marley’s “Waiting in Vain” and legendary songwriter and vocalist Abbey Lincoln’s “Should’ve Been.”

“This live recording is a way for me to welcome listeners into my home that I try and recreate on stage at each show – a place full of memory, inspiration, vulnerability, imperfection, and truth,” says Somi.

While Somi and her band continue to perform at venues in Europe, Africa, Asia, and the Americas, the globetrotting chanteuse says, “At the end of the day, I still know who I am and where home is before, during, and after the rain—it’s in the music.” Somi is also a 2011 TED Global Fellow, an inaugural 2011 Association for the Performing Arts Presenters Fellow, and the founder of New Africa Live, a non-profit 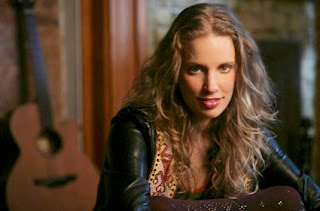 organization dedicated to celebrating the very best of contemporary African artists working in the performance, visual, and literary arts.

Somi has not only invited an intimate jazz chamber ensemble to explore new arrangements of her original music, but she has also woven in spoken literary excerpts on living and love.

Morley
Composer and singer MORLEY from New York City breathes sensuality into activism with her worldly lyrical stance. Her warm and soulful voice is often compared to India Arie, Annie Lennox, Roberta Flack and Joni Mitchell. Her music shares their political and social relevance with a vocal sound that is all her own.

Morley has had the distinct honor to present at TEDWomen and TEDxEast. She has performed for His Holiness the Dalai Lama, Nelson Mandela, Mary Robinson, Ela Gandhi, Sonia Sanchez, Ravi Shankar as well 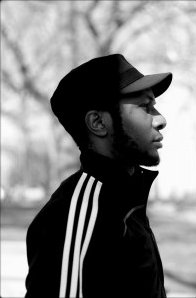 Morley considers social and global activism an integral element of her music and uses its medicine as a tool for dialogue facilitation when she works with teenagers from domestic and international conflict zones.

Teju Cole
"I was born to Nigerian parents and grew up in Lagos. my mother taught French. My father was a business executive who exported chocolate. The first book I read (I was six) was an abridgement of Tom Sawyer. At fifteen I published cartoons regularly in Prime People, Nigeria;s version of Vanity Fair. Two years later I moved to the United States. Since then, I've spent most of my time studying art history, except for an unhappy year in medical school. I currently live in Brooklyn."

• Photo of Morley by Pascal Perich