Founded in 2005 by Andrew Palermo and Taye Diggs, dre.dance has garnered praise from publications including The New York Times, which has called its style a mix of “high energy, deliberate athletic gesture and checked power.” They have since presented six full-length NYC seasons, with performances and residencies 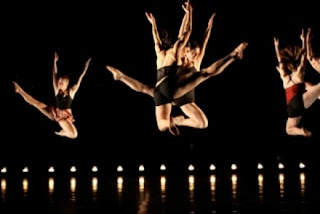 dre.dance’s debut at SummerStage will offer the company premiere of a movement-theatre interpretation of NPR/Radiolab’s beloved story, “Goat On A Cow.” The company will also perform excerpts of their most recent piece, “dre.diohead,” and repertoire pieces.

Since its birth in 1988, WHITE WAVE Young Soon Kim Dance Company has demonstrated the artistic dexterity and tenacity vital to a NY-based modern dance company. Committed to the creation and expression of the union between the natural rhythm of the planet and the primal essence of the human spirit, Elizabeth Zimmer wrote in Dance Magazine “Stunning performers, passionate dancing… Kim’s choreography is highly charged.”

The company will be performing “So Long for Now,” a dynamic collaboration with composers Sam Crawford and Zeb Gould. That forges a new artistic path exploring the body’s limitless capacity for expression. 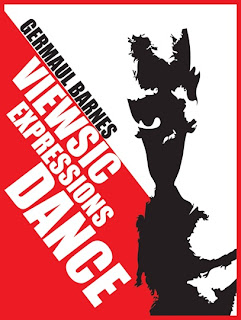 Formed in 1993, New York City based Germaul Barnes/Viewsic Expressions Dance is the brainchild of Bessie Award winner Germaul Barnes. This unique, innovative, dynamic dance company creates a theatrical experience that allows the audience to step into another world. Our mission is to strengthen and empower the perception of contemporary dance. Our premier focus is to nurture the development of dancers, musicians, and visual artists through the values of physical awareness and cultural diversity.

Step Afrika! is the first professional company in the world dedicated to the tradition of stepping.

The company is critically-acclaimed for its efforts to promote an understanding of and appreciation for the art of stepping, a mix of traditional African dance and the stepping perfected by African American fraternities and 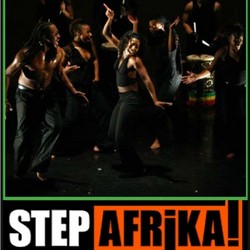 sororities. The Washington Post has said of the company, “this percussive style of performance…peppers the audience with vibrations. You feel it in your eardrums and elsewhere. Each jackhammer step stamps you.”

Border Crossing Collective is a Brooklyn based dance company with a vision of bridging street and contemporary dance utilizing new and original music as well as visual art. The company’s work embodies a theatrical style that explores the human condition through the constructs of everyday existence.

Border Crossing Collective will present “¡Holy New York!,” a collection of choreographic perspectives exploring the effects of a city relentless in energy and pace. The dancers weave through experiences, as the emotional manifestations of survival, love, addiction and a search for oneself is at times all consuming but always redemptive.