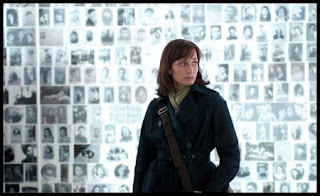 (which spent many weeks on the New York Times best seller list and sold well over 2 million copies worldwide) it follows the story of an American journalist in Paris, Julia Jarmond (Kristin Scott Thomas) researching an article about the Vel' d'Hiv Roundup in 1942 in France. She stumbles across a story about a 10-year old Jewish girl named Sarah, who in 1942 was taken along with her parents by the French police who went door-to-door in the middle of the night arresting Jewish families. 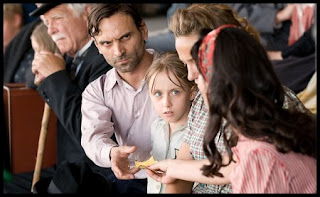 Desperate to protect her younger brother, Sarah locks him in a bedroom cupboard - their secret hiding place - and promises to come back for him as soon as they are released. More than sixty years later, Julia stumbles on the terrible secret that the home Sarah's family was forced to leave is about to become her own. Julia comes across a trail of secrets that link her to Sarah and changes the way she sees the world.