TORONTO - Hot & Spicy returns for its 14th edition as one of the premier food events in the city, packed with a full menu of culinary arts, music, film panels and dance. Highlighting culinary “Hot Spots”

around the world, the rise of hot culinary neighbourhoods in the GTA and a favorite summer pastime, BBQ, expect a festival full of fiery performances for all the senses!

Just some of the highlights:

• Check the link for full listings, including loads of music & dance by Baby Boyz

John Ellison
Friday, Sept. 2, 7-8 p.m. (Redpath Stage)
A tasty BBQ demonstration and musical performance by legendary Soul Brothers Six singer and songwriter John Ellison. He wrote the classic song “(She’s) Some Kind of Wonderful.” To date, more than 42 million copies of the song have been sold, and it has been recorded by 58 different artists. In addition to his career in 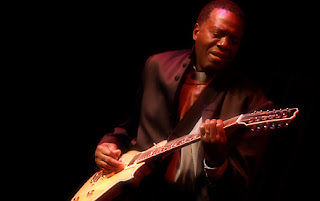 music, Ellison also owns the Some Kind of Wonderful Food Company, which has a specialty lineup of spices that celebrate his southern heritage.