on August 05, 2011
From a release. You can read more about the Saw Doctors in a earlier post - they're back on tour in the United States in August. 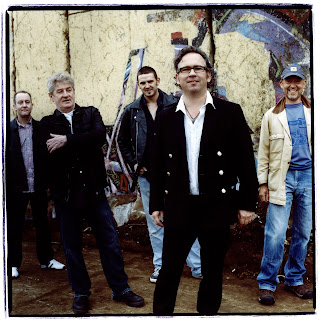 • Stream or download (free!) the track Takin' the Train here

The Saw Doctors are known in Ireland for ridiculously catchy songs and for rocking the road week after week from Galway to Melbourne-and, come August 2011, back to the US East Coast. They've hopped up countless crowds, including at two inaugurations of Maryland governor Martin O'Malley, with upbeat anthems to everyday people.

A fun-loving reputation precedes the band thanks to their zany hit "I Useta Lover" or the recent sneak Irish radio chart-topper, "Red Cortina A Cappella." But it belies a more reflective side with deep roots, a side sometimes forgotten even by the group's biggest fans.

Bittersweet portraits of everyday people and the landscape that surrounds them are what the band does best. The Saw Doctors have a Springsteen-like ability to get at the poignant perspectives of ordinary folks: the lovesick pub regular, the guys on the corner, the wise old woman who greeted all comers with a slice of bread and butter.

This ability flows from the roving group's strong ties to Tuam-and to the lives and stories of the people in it. It's a town of wits and eccentrics, folks like cartoon artist Squigley McHugh, who humorously sketched the Saw Doctors as superheroes for their stage backdrop. Tuam is known for its gregarious, sometimes overly curious conversationalists. It's a place where people still pop down to the pub in the afternoon, looking for a pint and a good gossip.

But don't be surprised if you can't make out a word: Tuam, explains singer & guitarist Leo Moran, has its own secret code, a slang and a love of peculiar turns of phrase incomprehensible to outsiders. "In Tuam, there's a great interest in language and words. A lot of the Travellers, itinerant Irish traders and tin-smiths, settled around Tuam and had their own language they used while trading. We've adopted it as core citizens of the town." The down-to-earth feel-and the Tuam wit-have universal appeal. 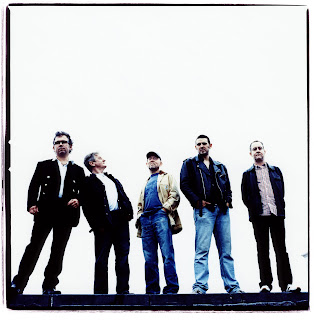