The Masala! Mehndi! Masti! Festival, part of ‘Hot Spot Summer’ on downtown Toronto’s waterfront, is a celebration of incredibly diverse South Asian and South Asian-inspired culture. As a “Dor/Dhaga/Thread”, Masala! Mehndi! Masti! ties and binds diverse parts of the culture together, connecting and creating continuity, while not compromising the uniqueness of each part. It pulls and draws each element closer to the other or creates a link between them all. Sacred Threads abound in the day-to-day life of South Asians, and this festival weaves cultural threads that are just as powerful and important in many ways. 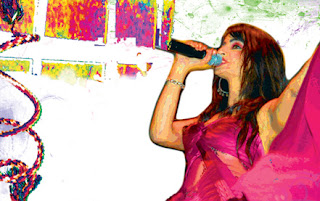 The film segment, MMMovies! features an exciting personality this year: the new face of Indian cinema and one of Bollywood’s 10 most desirable actors, Abhay Deol. His just-released film, “Zindagi Milegi Na Dobara (You Only Live Once)” has taken the planet by storm.

Winners of the reality TV show “India’s Got Talent”, the 17-member Shillong Chamber Choir from Meghalaya (a tiny north-eastern state of India) perform a repertoire of classical, jazz and musica sacra on the WestJet Stage. Sri Lanka’s biggest hip-hop stars, Bathiya and Santhush, fly in as festival closing headliners, and classical artist Snehasish Mozumder also performs with his double-necked mandolin, fusing gorgeous music with his unique voice. Part traditional and part contemporary, Bhanging by the Lake presents the best in Bhangra dance and music.

Dance takes over the Redpath Stage as some of the best choreographers come to Masala! Mehndi! Masti! to showcase the traditional and non-traditional dances of South Asia. Promising to excite the audience 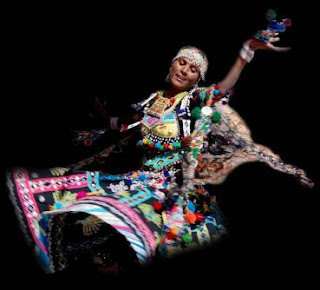 with fast-paced dance, Swar Sadhana is a group known for their traditional music; they present Dandiya Raas, inviting one and all to participate in this Gujarati community dance. GhuMMMo! is an hour-filled production of exceptional dance performances that highlights a range of dance techniques that include jazz, classical and ballet.

Actors take audiences on a journey through South Asian customs and culture in Sacrifice, by Nobel Prize winner Rabindranath Tagore

, a tale about a king and queen in conflict with each other when religion dominates politics. Dirty Pakistani Lingerie has Pakistani-American women airing their dirty lingerie while trying to find their place among two very different cultures.