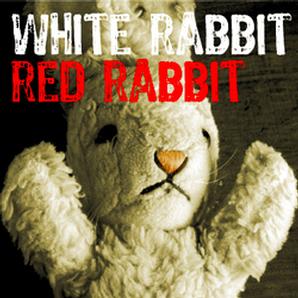 Toronto - 29-year-old Iranian playwright Nassim Soleimanpour's allegorical work, White Rabbit, Red Rabbit, dissects the experience of a whole generation in a wild, utterly original play from Iran. Soleimanpour turns his isolation to his own advantage with a play that requires no director, no set and a different actor for every performance.

The show will be performed at the Theatre Centre August 13 and 14, 2011 as part of the SummerWorks Festival.

Co-produced by Toronto theatre powerhouses, Volcano and Necessary Angel, White Rabbit, Red Rabbit looks at what pressure does to a life lived under strictures.  It is a metaphorical exploration of power and powerlessness, and not just in Iran but everywhere. A play of the moment, it speaks to - and maybe even for - Soleimanpour's generation of Iranians born and raised during the Iran/Iraq war.

For every performance, a new actor or actress will be handed the script in a sealed envelope in front of the audience. They will have no idea of what is about to happen. They, too, are powerless, and Soleimanpour delightfully riffs on this.

Six outstanding actors have agreed to read the work at SummerWorks: Kawa Ada, Tara Grammy, Natasha Greenblatt, Yanna McIntosh, Eric Peterson, and Gord Rand.  Audiences will not know in advance who will read at which performance.

The artistic directors of Volcano and Necessary Angel - Ross Manson and Daniel Brooks respectively - each encountered Soleimanpour when they were adjudicators for the Fadjr International Theatre Festival in Tehran. Brooks first met him when the play was an idea. Manson met him 2 years later (thanks to Brooks), and attended a rehearsal in Tehran. "I immediately knew this was something extraordinary," recalls Manson.

Both Brooks and Manson have dramaturged the script for Soleimanpour, who wrote it in English, and has crafted it in such a way that it can travel throughout the world - unlike himself.  Volcano is in fact co-producing a second run of this play at this year's Edinburgh Fringe Festival from August 5 - 29 with ReMarkable Arts/Wolfgang Hoffmann at St. George's West. 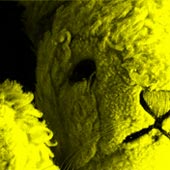