Master filmmaker/entertainer Charlie Chaplin considered this 1925 silent film his favorite among his many works. Appearing as his memorable character the Little Tramp, he sets out to find betterment in the Alaskan gold fields. The Tramp gets more than he bargains for when the elements and other difficulties foil his plans. But never lacking heart and resolve, our hero looks to change his fortune by seeking a job and even begins courting a saloon girl played by newcomer Georgia Hale. Moviegoers will enjoy the memorable

scene where the Tramp eats his own boot while stuck in a cabin.

"The Gold Rush" was re-released by Chaplin in 1942 with several scenes cut out and with added narration and musical score. The film will be presented at the 49th New York Film Festival in a new restoration of the original 1925 version undertaken by the Criterion Collection and Cineteca di Bologna at L'Immagine Ritrovata Laboratory, a new score restoration by Timothy Brock, and live musical accompaniment by members of the New York Philharmonic. It promises to be an unique and unforgettable event. 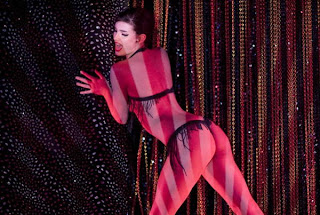 rue to form, acclaimed documentary filmmaker Frederick Wiseman’s signature observational style invites the viewer to be a fly on the wall of the legendary Parisian burlesque club Crazy Horse. While capturing the rich texture of the performances, Wiseman simlutaneously elucidates the highly constructed world that lies behind the dances and the effort that goes into each step. Juxtaposing the seamlessly elegant performances with the grueling rigor behind the choreography, set construction and rehearsal, as well as the broader strokes of business and strategy in production meetings, Wiseman offers something close to an objective reality. He gives the audience an intimate and detailed look at what is a typically very removed, impersonal setting. Ending with an extended view of the new show, Crazy Horse is as enjoyable as it is evocative. 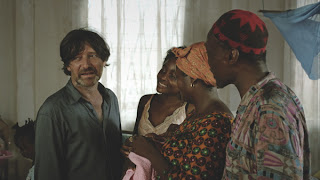 A haunting meditation on Africa’s past and future, director Ulrich Köhler's third feature smoothly and smartly contrasts the relationship that two doctors—one a white German who has lived in Cameroon for decades, the other a black Frenchmen taking his first trip to the continent—have with “their” Africa. Sleeping Sickness is ultimately an exploration of modern day colonialism, cross-culturalism and transnational identity. The film's rich and complex themes are epitomized by a scene in which the German doctor, speaking French, puts on Cameroonian garb made in China. In addition, Köhler's treatment of aid to Africa, specifically what happens to funding from non-government organizations, is highly topical and sure to elicit discussion. Echoing Joseph Conrad’s Heart of Darkness, Sleeping Sickness is a modern, seamless dual-character story with a metaphysical bend. 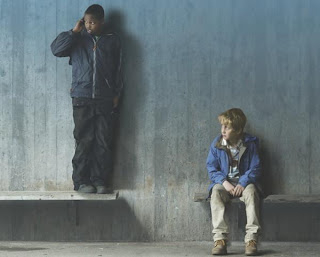 Based on actual events that occurred in Sweden several years ago, Play is an uncompromising look at how one group of boys preys on another. Opening in a mall, we see a group of African immigrant youths who plot to sucker two Swedish boys and their Asian friend for their valuables (cell phone, clothes, etc.). You quickly realize two things: the scheming youths have done this before and their victims are totally unaware of the obvious hustle. Östlund sets up his shots in wide angle, hardly moving the camera as we watch from an apparently safe distance. Even so the audience ends up feeling for all the kids involved. Filmed using the Red 4K camera. 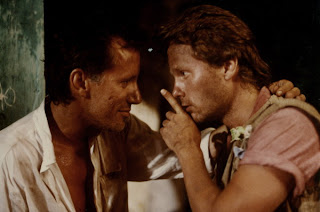 25 years after its original release, Oliver Stone’s Salvador still stands as a highly relevant political commentary and gripping action film. One of Stone’s first big theatrical releases, Salvador immediately established him as a filmmaker to watch. Based on the life of veteran photojournalist Rick Boyle, who for years covered Central American guerilla wars, Salvador delivers political provocation and moral contradiction while at the same time brimming with energy and excitement. With Oliver Stone on hand to introduce the film and discuss his work, this 25th Anniversary Screening is a must see!


• Full Schedule at the Link