The Mother of Exile:
Azam Ali Sings From Night to the Edge of Day

“The birth of my son was bittersweet,” singer Azam Ali reflects. “He would never meet a large part of his family. And he was not alone in this: So many children are born in diaspora, so innocent in all this. Yet they suffer the consequences of turmoil in the world.” 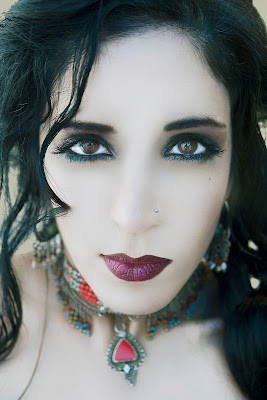 Ali unfolds the complexities of exile and love, motherhood and motherland in her striking, sophisticated exploration of Iranian, Turkish, Lebanese, and Kurdish lullabies, From Night to the Edge of Day (Six Degrees Records) and on tour this fall in San Francisco, Los Angeles and New York City. The Iranian-born, Indian-raised vocalist makes traditional and newly composed songs smolder with dreamy longing, with the grief of exile in a conflict-riven world, and with a keen edge of hope.

The first night of her son’s life, singer Azam Ali sat awake, stunned, until dawn. She began to sing. “I was in shock, staring at this little person,” Ali recalls. “I realized singing was the best way to communicate with him, without language. There’s something profound about singing to a child, which is why women have done it for thousands of years.”

This profound something is rarely about mere soothing. Traditional lullabies, with their latent darkness and emotional complexity, are not really for children, as Ali’s decidedly “grown-up” treatment of them testifies. They attempt to cope with difficult lives and the harshness and sorrow of the world, with loss, exile, and pain.

They scintillate under the influence of Ali’s unique vocal abilities and aesthetic, honed on three solo albums and during a career that has spanned all genres. Ali has collaborated with everyone from Mickey Hart to System of a Down, with musicians from Nine Inch Nails and King Crimson. She has appeared in film scores including 2007 box office smash, 300. She has taken global sounds in new directions as part of Niyaz, with help from producer Carmen Rizzo (Seal, Coldplay).

And as Ali sang to her son, cradlesongs became urgent pleas for an end to politically induced suffering in her native region. Lullabies flourish where the highly personal intersects the intensely political, flowing out in what Ali feels are “invisible waves” of quiet communication between adult and child. Ali kept singing the melody of that first night with her son, slowly crafting it into “Tenderness,” a bank of lush, warbling sound that rises from a dreamy drone and evokes love, loss, and longing.

Lullabies began coming to Ali out of the blue. Friends returning from Iran brought her a collection of traditional lyrics, including texts in Farsi dialects that became tracks like “Mehman (The Guest).” Other friends from across the Middle East sang her classic favorites (the Turkish favorite “Dandini”) and obscure gems (the rarely-heard traditional Turkish song, “Neni Desem”). Her close friend, Palestinian oud player Naser Musa, spontaneously wrote a stirring lullaby for Ali’s son, after speaking with Ali about her project (“Faith”). 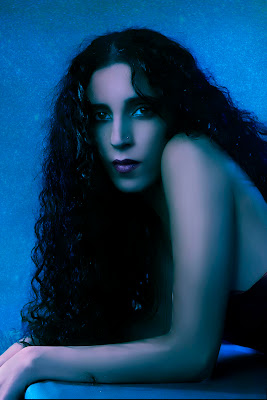 Rich with strings, unexpected bursts of Middle Eastern percussion, and contributions from virtuosic players like Musa, Ali’s songs nestle dreamy layers of vocals in contemplative soundscapes that evoke both the softness and sadness of night. Yet this emotional and sonic world has a drive that goes beyond the pulsing drums of tracks like “Dandidi.” Ali has thoughtfully chosen lullabies from minority communities across the Middle East, such as Iraqi Kurds (“Lai Lai”) and the Azeris of Iran (“Shirin”), in a plea for peace and an end to conflict. “You go to the Middle East, and the West is blamed for everything. However, many of our problems stem from our own way of thinking, from cultural divisions, interethnic conflict,” Ali explains. “No matter what culture you are, we are all the same at the core. Lullabies communicate this. And that perspective alone can change a lot of things.”

“To do this project, I worked with Kurds, Azeris, a Palestinian Christian, Iranians from all over,” recounts Ali. “You could write a book about each one of them, about their difficulties in life and their diaspora. It was a profound experience for me as person.” Despite oppression, war, and exile, Ali heard “hope and the belief that good will always come out in the end” in the traditional songs and in the musical contributions of her friends.

It is this ray of light that gives Ali’s voice and arrangements their edge and elegance. “From childhood, we are fed all these ideologies that end up shaping the way we view the world,” she says. “If our parents and society could feed us more enlightened ideology from childhood, it would have such an effect on how we grow up and see people.” 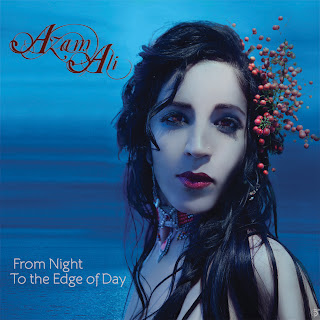