on September 25, 2011
From a media release - I've been in love with this music since I first heard it last year, and am jealous that the Toronto date had to be scrapped: 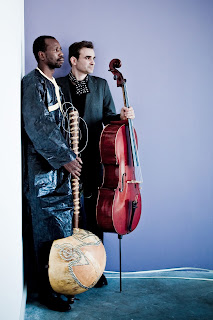 When kora-player Ballaké Sissoko approached French cellist Vincent Ségal after a show, Ségal never suspected that he’d find himself several years later on the banks of the Niger, digging into African music’s introspective side with a virtuosic Malian bard. He never imagined that the curious duo would discover striking similarities in their music and lives, creating a free space for cross-cultural creativity based on deep commonalities.

"We're the same age," Ségal notes, explaining the wide swath of common ground the two unlikely collaborators share. "We have the same kind of family, a son and daughter. We have the same way of life, playing these quiet instruments passionately. I've spent time with many musicians"-from Sting to avant guitarist Marc Ribot-"but it's not the same as it is with Ballaké."

The soft-spoken Sissoko and Ségal share a powerful link with tradition, with guiding teachers, and with similarly rich-voiced instruments. They also share a seemingly insatiable longing to push tradition to the limit 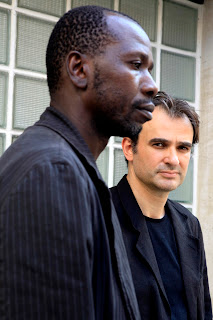 and escape their ceremonial functions as musicians with certain roles to play.

Sissoko learned the deep-rooted poetry and music of the djeli (Bambara for "griot") from his father and grandfather, taking on the traditional role of historian, praise singer, and bard. Yet even before befriending Ségal, Sissoko reveled in innovation. He pursued challenging collaborations with blues greats (Taj Mahal) and Italian minimalist composers (Ludovico Einaudi, with whom he performed at the Festival in the Desert in 2008).

Along the same lines, Ségal was rigorously trained as a classical cellist-he's a former player with the Opera de Lyon-as a musician destined for a technically demanding role in Europe 's art tradition. Yet an influential early teacher encouraged him to pursue his fascination with African, Latin, and rock sounds, and to dig into other music outside the narrow confine of classical. He's now frequently seen brandishing a funky electric cello as part of the trip-hop project, Bumcello, or laying down tracks for everyone from Cesaria Evora to Blackalicious.

This meeting of the minds had a strong basis on their shared understanding of music, both European and African. Ségal had gotten into Afropop, listening to records with African neighbors and going to shows. But 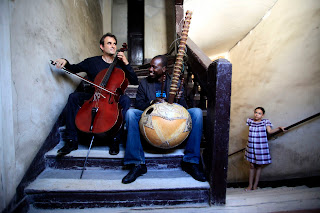 Sissoko, taking the lead, showed him a quieter, more introspective side to West African music the duo feels is too often overlooked.

"Ballaké comes from African classical music, in a way," muses Ségal. "It's not like a meeting when you try to do a fusion of different styles. I knew more about African pop music, but it wasn't about finding grooves or the right feeling. We just learned to play together without saying anything."

They could best capture this tacit, understated link, Sissoko suggested, by traveling to his native land and recording at the studio founded by African icon Salif 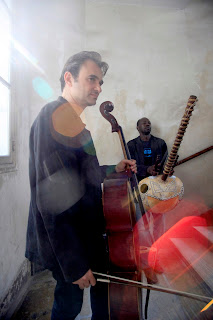 Keita that caters specifically to acoustic projects. There, working through the night and eschewing overdubs, the duo laid down spare, graceful tracks that make full use of the cello's percussive and sonorous possibilities, and the kora's rich sound. They also turned to local musicians to add other musical elements, including stirring vocals: As a tribute to Sissoko's late singer friend Kader Berry, they worked with the broadly talented Malian-born, Ivorian-based singer Awa Sangho ("Regret").

Ségal and Sissoko love to draw on other harp-friendly cultures, from Crete where Sissoko heard the tune that inspired "Houdesti," to the Celto-French sounds of Bretagne ("Historie de Molly"). And while seeming to range far afield, they always return to the intimacy that makes small acoustic performances so moving-an element that runs deep in African music.

"Most people think of African music in terms of fast dance beats and percussion, perhaps because much of that music is so good," Ségal reflects. "But you have a forest of different instruments, a variety of sounds and feelings. The quiet, pensive side of African music is what Ballaké shared with me, and what we bring to our collaboration."