Somehow I got the dates wrong for Caribbean Tales so this is a bit late and already in progress:

TORONTO (Sept.7, 2011) –A well-known Barbadian-Canadian media personality and film curator was honoured at the 2011 CaribbeanTales Film Showcase on September 7. 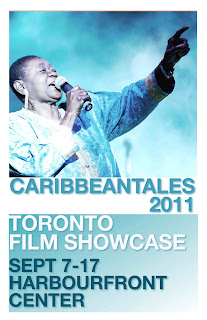 British-born Cameron Bailey, co-director responsible for the vision and execution of the Toronto International Film Festival (TIFF), was honoured on Wednesday, September 7 at Harbourfront Centre's Lakeside Terrace during the opening of CaribbeanTales, hosted by the Consulate General for Trinidad and Tobago in Toronto.

"It is important that we celebrate and honour our own, especially those who represent us on the world stage," said Frances-Anne Solomon, CEO of CaribbeanTales Worldwide Distribution.

"Cameron was among the first to bring an intelligent, diversity-focused perspective to film criticism and appreciation here in Canada and further afield. He has consistently articulated the perspectives of people of colour around the world and has given us a voice in the mainstream of global society," she added.

In his early career, Cameron Bailey reviewed films for Toronto's NOW Magazine, CBC Radio One and CTV's Canada AM. He presented a weekly program on international cinema on Showcase Television's The Showcase Revue, and produced and hosted the interview programme, Filmmaker, on the Independent Film Channel Canada. He has been published in The Globe and Mail, The Village Voice, CineACTION!, and Screen, and is a popular guest speaker.

Bailey has distinguished himself as a curator of a number of significant film festivals, and has served as a programmer for TIFF for more than a decade. He has curated film series for Cinematheque Ontario, the National Gallery of Canada, the National Film Board of Canada, and the Sydney Film Festival. 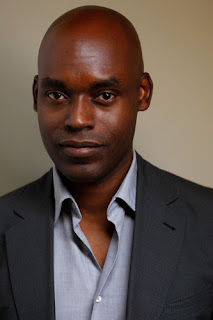 In 1997, Bailey completed his first screenplay, The Planet of Junior Brown, co-written with director Clément Virgo. Not surprisingly, the film was named Best Picture at the 1998 Urbanworld Film Festival in New York, and nominated for a Best Screenplay Gemini Award. Bailey also completed a video essay, Hotel Saudade, shot in Brazil. Bailey was subsequently part of the delegation accompanying Governor-General Michaëlle Jean on her state visit to Brazil in 2007.

Earlier this year, Bailey was a member of the blue ribbon panel that designed a brand new Culture Plan for the Mayor of Toronto entitled "Creative Capital Gains: An Action Plan for Toronto". The plan boldly moves away from the notion of the Arts as a luxurious pastime towards that of a significant and powerful business industry which could be key to the global economic recovery.

From December 2007, Bailey has been co-director of the Toronto International Film Festival, one of the largest film markets and festivals in the world, dedicated to presenting the best of international cinema and transforming the way people see the world.

Under the Patronage of His Excellency Phillip Buxo, High Commissioner for the Republic of Trinidad and Tobago and with the support of the International Development Research Centre, Wednesday's reception kicked off a 10-day showcase of the best films by new and established Caribbean filmmakers, including Calypso Rose: The Lioness of The Jungle, a documentary about the uncontested diva of calypso music; Ghett'a Life, the popular new feature by Third World Cop director Chris Browne; The Skin, a mythological thriller by Howard and Mitzi Allen of Antigua and Barbuda; Hit Me With Music, a study of Jamaica's dancehall music culture; and 10 Years of Caribbean Animation from Animae Caribe.

The sixth annual Toronto Showcase - set for Sept. 7 to 17, 2011 - aims to raise the international profile of Caribbean film, support the growth of a vibrant world-class Caribbean film and television industry, and serve as a platform for promoting the Caribbean not only as a premier warm weather travel destination but also as a viable and preferred location for film production.

For tickets, the schedule and general information about the CaribbeanTales Film Showcase and Market Incubator, visit www.caribbeantales-events.com. 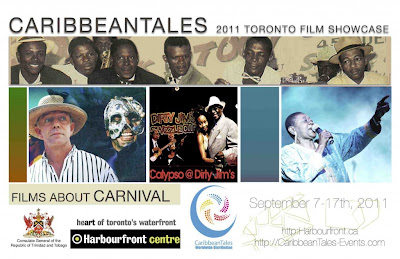 content. The company holds marketing events through the CaribbeanTales Film Festival Group, and provides co-production services to producers. CTWD was founded by award-winning filmmaker Frances-Anne Solomon, and its principals include creative industries expert Dr. Keith Nurse, economist and businessman Dr. Terrence Farrell, media personality and producer Lisa Wickham, and filmmaker and writer Mary Wells. CTWD, a member of the BIM Ventures family of entrepreneurs, has hosted two film festivals in Barbados, another in New York, produced training workshops for filmmakers, and now has scores of films in its catalog.