Imagine stepping into a bumping dance party at the peak of the night and feeling the movement of the dancers around you; take a psychedelic walk through the Malian desert with a boom box, or meditate on somemodern dub as the night winds down. Afrolicious brings musical treats for you to feed your mind, body and 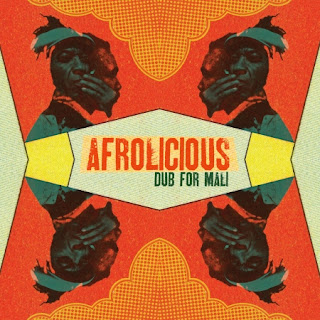 soul which mixes a love of dj and dance culture along with a passion for organic soulful live music from around the world.

With their first official release "A Dub for Mali" *(out 8/16 on ESL Music)* they have created a recipe that will satisfy diverse musical palettes, with elements of Afro-Beat and Disco brought together for 'Thursday Night Kinda Swing', Electro-Dub, reggae and down-tempo on the title track 'Foolin' and a funky mix of Malian blues, psychedelia and beats on 'A Dub for Mali' the ep is a reflection and a taste of the wide spectrum of sounds that have been cultivated weekly at the San Francisco based Afrolicious party, hosted by real life brothers Pleasuremaker and Señor Oz.  Afrolicious' debut features some outstanding vocal performances from Burkina Faso's Yacouba Diara and Trinidad's Fresh is Life; locked in percussion and scatting vocals of Baba Duru,  tight horn work of Billy Magic and Aaron Lebowitz and the wicked slide guitar, funky bass and arrangements of Joey "Pleasuremaker" McGuire.

Produced by Rob Garza of Thievery Corporation the tracks were recorded in an improvisational atmosphere that helped capture the magic of the Afrolicious party environment, a place where magic might happen if you give it a chance.  The vibe of the Afrolicious party and the years of working with outstanding musicians, vocalists and djs in clubs all over are captured on this release. 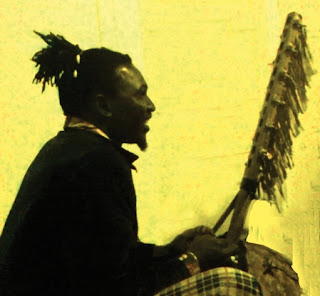 Afrolicious is Pleasuremaker aka Joe McGuire’s foray into African music. Formerly a radio dj at University of Kansas, he relocated to SF where he created and cultivated with his brother Oz McGuire San Francisco’s legendary  weekly party at the Elbo Room called Afrolicious. Working with musicians from all over Africa and the diaspora, this project explores his deep admiration and respect for the rhythms, sounds and musicians from Africa. During one of his gigs he passed a demo to Thievery Corporation’s SF transplant Rob Garza, Garza who really vibed the music and thought the project had potential soon decided to produce  the project, the 1st EP entitled a “Dub for Mali” was released  this summer on ESL music.

Recently, Pleasuremaker opened up for Thievery Corporation at Red Rocks to an amazing response over the weekend.  Afrolicious has also been featured on Nickodemus recent Turntables on the Hudson compilation, remixed Thievery Corporation’s ‘Vampires’ and are regularly touring and djing around the country. Currently Afrolicious is putting together a dj  mix of the ESL Music catalog as well.