The album has already been featured on PRI's The World and in the New Yorker.  He just wraps up a four city tour to promote it with 3 tracks you can download for free.

"GET YOU SOME" FEAT. BRIT LAUREN

Captain Planet feat. Brit Lauren - Get You Some by bastardjazz

"DAME AGUA" (Featured on the album and The Ningane EP)

), Brooklyn’s Bastard Jazz Recordings is proud to present the full length artist album by Captain Planet, entitled Cookin’ Gumbo. This full length expounds on the vibe of his previous releases and explores the Captain’s penchant for taking sounds from all corners of the globe and applying his hip-hop production sensibilities to make dancefloor and otherwise electronic music; Tossed into the Captain’s gumbo pot the sounds are served up as an irresistible 12- track album. 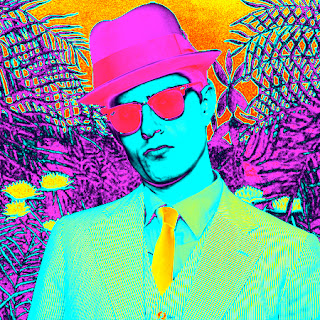 chops and buzzing synths.  Next up is “Get You Some,” a catchy sure fire radio hit with vocals from up-and-coming LA soulstress Brit Lauren on top of a tough bossa-nova inspired beat that fans of Captain Planet will recognize from his incredibly popular and oft-played remix of Erykah Badu’s “Cleva.”

We stay in Brazil with both the funky “Macumba,” the party starting drum’n’bass meets hip-hop in Rio vibes of “Fumando,” and “Samba Radiante 2011,” a total dancefloor reconstruction of a popular track from the Captain’s first EP! Next we’re off to Africa with “Ningane,” a tough horn driven slice of hard Afrobeat with vocals from the Congo’s Fredy Massamba (previously known for his vocals on famous South African house tunes by Bodhi Satva and Ezel), and the electro Nigerian bomb that is “Lagos Speedway.”  We also call on Puerto Rico (“Dame Agua,” “Speakin’ Nuyorican”), Japan (“One for Japan”) the funky American South (“Another Dollar,” “On Yer Feet”) and more on this worldwide journey.
afrobeat dance music electronic music global hip hop