The flute is a percussion instrument: Though known for its delicacy and nuance, it can burst, ring, and punctuate. That’s what Zagreb-born, L.A.-based musician and composer Damjan Krajacic discovered 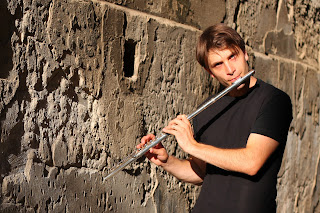 as he heard the flute tearing through a Latin jazz number.

Krajacic harnesses the flute’s balance of finesse and force on Glide (RoundTone; October 1, 2011). He explores the Brazilian, Cuban, and jazz sounds and rhythms that first drew him to the instrument, while paying homage to his classical and Balkan past.

“I never really considered the flute at all,” explains Krajacic, who first came to jazz as a young bassist at his U.S. alma mater. “Then I heard [charanga expert and jazz educator] Danilo Lozano play. I thought, ‘Wait a minute.’ In Latin jazz and especially in Cuban music, the flute is part of the rhythm section as well, not just a high-pitched color as it frequently is in classical music. I fell in love with its expressive possibilities.”

Krajacic uncovered expanded vocabularies by experimenting with the flute on his own, as well as learning from Lozano and jazz flute legend James Newton. By speaking and singing different consonants or syllables as he plays, a skilled player like Krajacic can get his instrument to hint at a high hat, snap like a snare drum, or create percussive and charismatic effects unique to the flute. To bring out its many colors, Krajacic pairs his instrument with other sounds, such as his voice singing soaring vocables or the mellow melodica that doubles the flute on “In Life.” 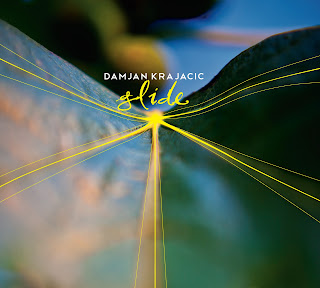 Krajacic uses these techniques not as curious ends in and of themselves, but in service of pieces that move from grooving to reflective, from straight-ahead jazz to Brazilian party. Krajacic’s work draws intently on the Afro-Latin roots music and jazz masterpieces he has studied for years, mixing such influences as Miles and Cuban rumba (“In Life”).

In the big sound of samba-afro on “Glide,” the flute takes the unexpected lead, followed by a joyful burst of percussion thanks to drummer and Brazilian beat master Tony Shogren. Krajacic trades focused licks on the grooving, samba-inflected “About Time” with multi-instrumentalist jazz elder Derf Reklaw, who transforms an ordinary bottle into a jubilant cry.

Krajacic plays with rhythm constantly, whether it’s an Afro-Latin beat or the odd dance meters of the Balkans in “Resemblance” (or both, as in “Heartbeat.”) On “Come Play,” Krajacic’s limber, punchy flute line suggests interlocking polyrhythm, alternating with wide-open melodic spaces where his band—featuring Larry Steen’s muscular, jocular bass and Mike Boito’s thoughtful keys—takes over in pensive contrast. 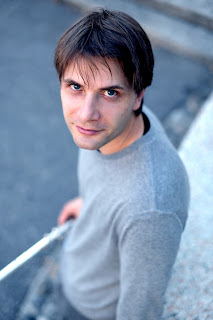 This contrast points to the flute’s other, subtler side: its connection to the quiet rush of the breath and its deeply lyrical resonance, the almost vocal quality Krajacic finds on “Lara.” Learning classical guitar from his music teacher father as a boy in Croatia, Krajacic gained an appreciation for the low-key refinement of an instrument that can’t shout to make a statement but demands close listening and careful arrangement.

“I liked the immediacy the flute evokes,” Krajacic reflects. “You feel like your breath is carrying the music more than the notes you’re playing.” Breath, creating a shakuhachi-like tone on tracks like “Inspire” or the gentle sighs of “Goodbye,” becomes another means of expression, one ripe with timbral emotiveness.

Krajacic’s close attention to nuance flows throughout his work as a performer and composer. Small things—subtle sounds in a quiet house, brief moments of reflection behind the wheel—suggest melodies for pieces like the upbeat and sunny “Morning Smile.” As Krajacic kept a hushed watch over his sleeping daughter, he heard the first few tones of the track’s melody line, as two glasses clinked together.

“It’s that moment that you realize something is more than just a few notes,” Krajacic muses, “that you know it’s meaningful. That’s the real message in my music.”
cd release cross cultural music flute indie music latin music