Brooklyn, New York - José Cónde lives his lyrics. He gets grooves from the names of trees. He leaves melody lines on his own answering machine. He can turn a playful refrain to his dog into a dance anthem. His 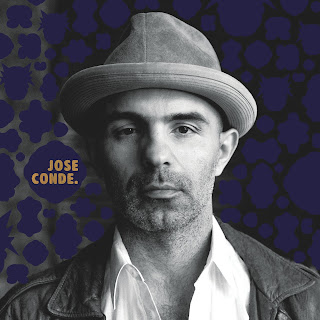 "When I was in my 20s, I didn't dance at all. I had to come out of my shell," Cónde exclaims with a laugh. "I'm a late bloomer, though I've always been explorer. Now I'll go anywhere and do anything, I'll try anything, experimenting with flavors and playing around with different elements and sounds."

As a songwriter and bandleader, Cónde developed a striking instinct for merging his Miami upbringing, Cuban roots, and the sizzle of New York's Latin underground. But the new self-titled album is distinguished by a universality; catchy melodies and danceable rhythms likely to draw listeners of all stripes.  Cónde has traded in his Cuban tres for a vintage Gresch guitar (and Hammond B3 and a dozen other instruments). Pan-American and trans-Atlantic influences flow effortlessly on Jose Conde. "The whole idea of fusing elements of American funk, Cuban son, and Brazilian music has been kicking around in my head for years. But it was still in the context of a 'Latin' band. Now I'm free to move in any and all directions."

Cónde rocks a smoking tango ("El Vestido") or sways through a sensuous, gentle samba ("Mabel"). Lyrically, he points to the absurdness of the habitat displacement that led to an elephant wandering into a Zambian hotel lobby (taken straight from the pages of National Geographic ; on "Elephante en Hotel"). Or to the crazy, rockabilly-tinged capers of his dog ("Gordito Cabezon").

Rumba meets infectious Brooklyn break beats on "Amor y Felicidad." The hard-grooving "Matapalo Matamusa" sparkles with electro blips while raising the roof off the sucker, thanks to funky guitar riffs and an irresistible bass line. Cónde's musical exuberance bursts out at the least provocation. Witness the cool cha-cha-cha-suggesting phrase in the South African language of Tsonga ("Munghana Wamina").Yet the irrepressible spontaneity is balanced by an emotional and introspective side that turns grooves into poetry.

Cónde's strong sense of himself as an artist, evolved over a long incubation period, demanding just the right sound. After years of working with different collaborators, for the latest record, Cónde played, recorded, and mixed the majority of the album himself, which culminated in sequestering himself for days in his bedroom with a NEVE analog mixer and a menagerie of instruments.

When no bassist could give him just the right swing on tracks like "Matapalo," he bought and polished his long dormant bass chops until his hands were shot. "I had trouble communicating the exact vibe to bass players," says Cónde. "There's an unusual relationship between vocal and bass phrasing that the song demanded, an interplay that lets the vocals breathe and lets the bass line get funky. It had to sound exactly as I heard it in my head."

"This isn't just another project or a concept," he said. "This record is about me as a songwriter. It's about one guy in Brooklyn, his songs, and his voice. Everything else is secondary." 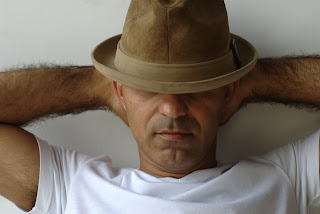 A fixture on the alt Latin scene, Cónde has indeed experimented with a multitude of formats, approaches, and projects, as a markedly independent musician. His music has been featured on the BBC and Californication. He won Best Latin Album at the Independent Music Awards (2008) and has gotten crowds hopping from the Montreal Jazz Festival to DC's Kennedy Center, including a recent Central Park SummerStage show that got thousands of damp but dancing listeners in a downpour.

Cónde seriously spiced up kid's music as the musical director and singer for Baby Loves Salsa (Rope a Dope Records/Sony; 2008). Cónde's video, "Respondele a Obama," which has garnered hundreds of thousands of views on YouTube, became an anthem of the U.S.  2008 presidential campaign.

But forget all that: "Now I just don't give a damn where I fit in. I'm just José Cónde."