October 2011 at the Joyce Theater
Dance in New York City

Soledad Barrio & Noche Flamenca
Sep 27-Oct 2
The Joyce's fall flamenco fare continues with a dazzling week of performances by Bessie Award winner Soledad Barrio, whose compelling artistry prompted The New York Times to proclaim that "there's something voyeuristic and cathartic about watching a woman pry open her soul, scatter it on the floor and put it back together again." Hailing from Spain, Soledad Barrio & Noche Flamenca, the company he founded in 1993 with her husband Artistic Director Martin Santangelo, perform flamenco in its 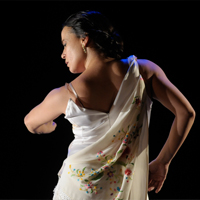 finest and most authentic form, one that creates a true communal spirit through exuberant music, dance, and song. "There has been no company I have been so glad to discover as Noche Flamenca and, above all, its lead dancer, Soledad Barrio," proclaims Alastair Macaulay of The New York Times, "I can think of no current ballet star in the world as marvelous as she."
Approximate Run Time: 1 hour 40 min (no intermission)
Photo by: Andres Delia

Garth Fagan Dance
Oct 4-9
Internationally acclaimed Garth Fagan Dance continues its 40th anniversary celebration with world premieres by Garth Fagan and long-time company member Norwood Pennewell. In addition to these premieres, the company will also perform a program of beloved revivals, all of which epitomize the Fagan aesthetic - "balletic rigor and precision in conjunction with a desultory looseness of body and unbridled bursts of energy that propel dancers into whirling diagonals and high, jagged leaps." The New York Times 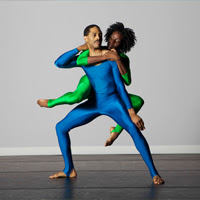 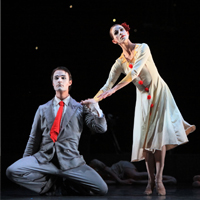 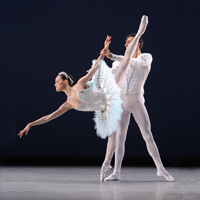 Oct 19-23
"Understated glamour, alluring reserve, and attention to detail" is how The New York Times describes The Suzanne Farrell Ballet, led by the legendary New York City Ballet principal who, since founding the company over ten years ago, has established its prominence in the ballet world. One of George Balanchine's most celebrated muses, Farrell devotes much of the company's repertory to the works of this master choreographer. For its Joyce debut, the program features an all-Balanchine program that includes some of his most cherished works -- Haieff Divertimento, Meditation, Diamonds pas de deux from Jewels, and Agon.
Approximate Run Time: 1 hour 50 min (two intermissions)
Photo by: Carol Pratt 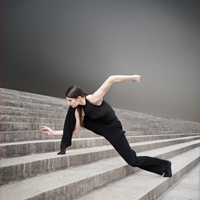 Morphoses
Bacchae
Oct 25-30
The company makes its Joyce debut with the world premiere of Bacchae, a stunning work that delves into the balance between order and chaos. For this evening-length production, Resident Artistic Director Luca Veggetti collaborates with a cast of twelve dancers, composer Paolo Aralla, a flautist, and a puppeteer to create a dynamic new staging of the dance-driven classic Greek play. With this contemporary interpretation of Euripides' timeless tale, the company, applauded by the Los Angeles Times for "its willingness to soften the very edges of radicalism, to make peace between modernity and traditionalism," demonstrates its commitment to bringing exceptional artists and dancers together in performance.
Photo by: Kyle Froman