a generation. Inspired by his mother, a civil rights champion, he defied a corrupt and oppressive military government and devoted his life and music to the struggle for freedom and human dignity.

FELA! is a triumphant tale of courage, passion and love, featuring Fela Kuti's captivating music and the visionary direction and choreography of BILL T.JONES.

Time Out New York proclaims that "FELA! is more than a musical; it's an ecstatic phenomenon."

Ben Brantley of the New York Times raved, “There should be dancing in the streets … (it’s) a singular, sensational show that throbs with a stirring newness."

Michael Billington in London’s The Guardian wrote “FELA! joyfully breaks down conventional barriers between stage and auditorium, and joins passion and politics. The dancing is ecstatic, the music lifts the spirits, and the stage is alive with movement.”

Bill T. Jones says of his production, "One has to experience it as much with one's hips as one's ears, eyes and mind."

From a release - Fela! the Broadway hit goes on the road - first stop Washington D.C. - and here's hoping Toronto is included in their calendar! 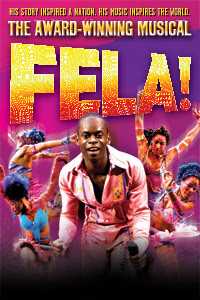 HIS STORY INSPIRED A NATION. HIS MUSIC INSPIRES THE WORLD.

FELA! is the true story of the legendary Nigerian musician Fela Kuti, whose soulful Afrobeat rhythms ignited a generation. Inspired by his mother, a civil rights champion, he defied a corrupt and oppressive military government and devoted his life and music to the struggle for freedom and human dignity.

Born in Abeokuta, Nigeria in 1938, the scion of a family of social reformers he was to become famous throughout Africa and the diaspora as a Firebrand, Icon, Musician, Composer, Performer, and Troublemaker par excellence!  He used his music as a weapon, condemning military regimes in Nigeria for their mismanagement and marginalisation of the underprivileged. In return he was constantly harassed, arrested more than 200 times and beaten savagely on many occasions. None of this slowed him down, producing in excess of 70 albums of music during his career. 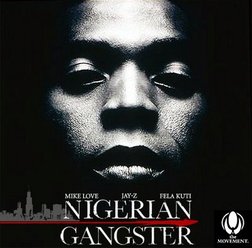 Larger than life, he toured the United States and Europe with an entourage of 80 people to tremendous public and critical acclaim. Fela's ardent fans include musicians such as Paul McCartney, Ginger Baker, The Chili Peppers, Brian Eno, David Byrne, James Brown, Common, Mos’ Def, Talib Kweli, Erykah Badu and countless others.  His sad passing in August 1997 at the age of 58 was mourned by the nation. In death he retained the legendary status by which he was proclaimed by the one million people who lined the streets of Lagos to pay their last respects:  ‘Abami Eda’ - (Chief Priest). “He will live forever”!

(Videos are from the Broadway production)