For the Whole Family: Music With Bite at Harbourfront Toronto Launches Oct 2

TORONTO, ON – Harbourfront Centre, in partnership with Jeunesse Musicales Ontario, is pleased to announce the launch of the 2011-2012 season of Music with Bite, the interactive FREE concert series designed especially for kids. The launch coincides with the national celebrations of Culture Days, the cross-country movement to celebrate the cultural life of local communities.

Satisfy your ears and your taste buds! Music with Bite is a refreshing experience where children can pull up a comfy cushion and take in an enjoyable and interactive music performance tailored to young audience members. This is a fantastic opportunity to sample music of diverse styles in a friendly, accessible format. All of the performances bring an element of interactivity, education and entertainment to their programmes. After the concerts, children can chat with the artists while enjoying a complimentary Natrel® milk beverage and cookie. Music with Bite is a co-production with Jeunesse Musicales Ontario.

This season features four special concerts for kids: The Great Rhythmobile Adventure, Annabelle Follows the Sound of Her Own Voice, Fred Piston and his 7 Trumpets and TorQ. See below for performance details.

Harbourfront Centre is proud to present the first Music with Bite concert of the season, The Great Rythmobile Adventure, on Sunday, Oct. 2 as part of Culture Days, a free national grassroots arts and culture event that is being simultaneously celebrated in every province and territory in Canada. The event represents the largest-ever collective participation campaign undertaken by the national arts and cultural community. 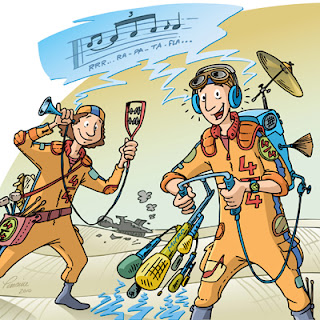 THE GREAT RHYTHMOBILE ADVENTURE
Sunday, Oct. 2, 2011, 1 p.m., Brigantine Room
A special French presentation
The Rhythmobile – a super-powered, all-terrain, hybrid vehicle – has run out of gas during a rally race. Captain Kit Crash, the Rhythmobile’s clumsy driver, and his tinkering mechanic, Whiplash, swerve off to the side of the road in a panic – in an area that doesn’t even show up on their maps. To make things even more complicated, the technologically-sophisticated 4X4 can’t even get going without the right kind of high-rhythm-rated fuel. In an unknown land, who knows if any fuel can be found? Time is running out. Our two adventurers immediately begin searching for their precious fuel: rhythm. 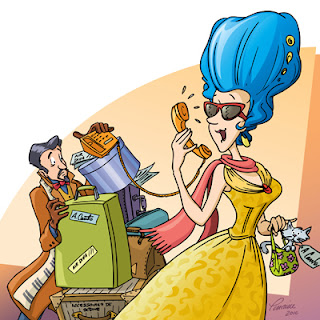 ANNABELLE FOLLOWS THE SOUND OF HER OWN VOICE
Sunday, Nov. 27, 2011, 1 p.m., Brigantine Room
The long-awaited sequel to 2010’s Music with Bite performance, Annabelle Canto, sees Ms Canto at the peak of her fame. Renowned by many as the greatest opera singer in the world, it comes as no surprise when a famous impresario offers her a world tour. But before signing the contract, he asks Annabelle to go to an audition. High-strung, vulnerable and anxious, Annabelle misunderstands the impresario’s request. She thinks she has to show him that she can pack her suitcases in a flash, pass through customs with panache and sign 50 autographs in 10 minutes. That’s when she asks her loyal accompanist, Henry, to help her to prepare for this tour to the land of opera. Henry is ready to play along, but he has his own ideas…

FRED PISTON AND HIS 7 TRUMPETS
Sunday, March 18, 2012, 1 p.m., Brigantine Room
Young and likeable Fred Piston, a doctor of trumpeting and assistant to the famous Professor Trompettito, drops by with his 7 trumpets and invites you to join him for a dazzling musical and “technomultimediatic” demonstration. With great passion and amusement, he plays, fiddles with, explains and shares his love for the 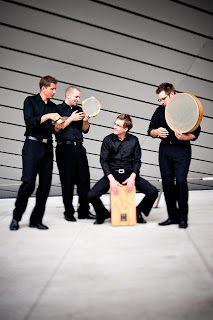 most dazzling instrument of all: the trumpet! What follows is a joyous and virtuosic interactive show that takes you on a musical journey from prehistory to tomorrow, loudly trumpeting the virtues of the most magnificent of all instruments!

TorQ
DATE TBA, 1 p.m., Brigantine Room
This is not your average drumming ensemble. With over 75 instruments, including bells, drums, shakers, cymbals, marimbas and even garbage cans, TorQ command the stage with their high-energy performance and lyrical melodies. These four young guys from Toronto play everything – and they don't hold back! TorQ will introduce you to their favourite instruments and take you on a musical journey, playing cover songs from all over Canada and beyond. They also write their own music and will perform improvised pieces never heard before and never to be seen again… so don’t miss out! Created especially for families, this show is a unique opportunity to hear some of Toronto's finest musicians in a relaxed setting. You will undoubtedly leave with a smile on your face and a rhythm in your heart.