2011 imagineNATIVE Film + Media Arts Festival is proud to present
Buffy Sainte-Marie
as a special guest at the annual festival
• Save the Dates: October 19 – 23, 2011

(Toronto) – The imagineNATIVE Film + Media Arts Festival is thrilled to announce that legendary artist Buffy Sainte-Marie will headline The Beat music night and participate as a special guest at a panel discussion as part of its 12th annual festivities!

Ms. Sainte-Marie’s engagements kick off at the TIFF Bell Lightbox, Cinema 2 on Friday, October 21 at 7PM for an intimate and free “In Discussion With Buffy” panel, which will span her triumphs and achievements.  Celebrated musician, Academy Award winner, and new media artist, Ms. Sainte-Marie will discuss her incredible journey to becoming one of the world’s most acclaimed Indigenous musicians, her experiences as a pioneer of new media art, and what is in store for her future. 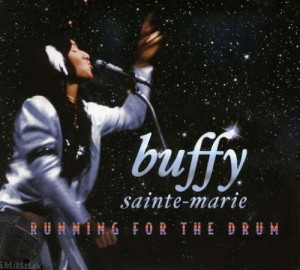 Continuing on Saturday, October 23 at 7PM (tickets $15 - $20) Buffy Sainte-Marie headlines The Beat, presented by Slaight Music, at the Phoenix Concert Hall. imagineNATIVE is thrilled to have Slaight Music as the new presenter of this event, and a new Gold Level sponsor of imagineNATIVE. Slaight Music’s mandate is to support the Canadian music community through various initiatives, and to develop Canadian talent via strategic partnerships with industry peers.  Gary Slaight, CEO of Slaight Music, says of the new partnership, “We are honoured to play a role in the development of Indigenous Canadian Artists and excited about this new relationship with imagineNATIVE Film + Media Arts Festival.”

One of the premier annual Indigenous music events in Toronto, The Beat will feature a program of international music videos and an electrifying performance by Buffy Sainte-Marie. The evening will also feature the premiere of a youth-made video project inspired by Buffy’s legacy, and an opening performance by local singer Lena Recollet.

“imagineNATIVE is incredibly pleased to have Buffy Sainte-Marie – a true Indigenous icon – at this year’s festival,” says Jason Ryle, Executive Director. “As an artist she continues to create work that inspires and challenges, and which has made a lasting impact in so many genres of Indigenous arts. As we make our move to the TIFF Bell Lightbox, we are very pleased to be able to share with our new and loyal audiences the talent and insight of one of the world’s most recognized and respected Indigenous artists.”

• TICKETS ARE AVAILABLE ONLINE, BY PHONE AND IN PERSON STARTING OCTOBER 3
• Complete details at www.imagineNATIVE.org
• The Beat Tickets: $20 ($15 students/seniors/underemployed)

Festival Highlights:
imagineNATIVE is just around the corner! From October 19 - 23, 2011 Toronto will become a mecca of 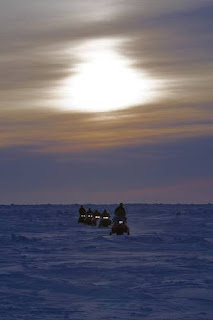 With five days of entertainment you will see and experience film and video screenings, live music performances, special panel discussions, art exhibits, parties, and numerous opportunities to connect with film and media industry representatives and artists.

Highlights this year include a spotlight on the Khoi-San people of South Africa, a concert headlined by Academy Award-winning and multiple Juno Award-winning songstress Buffy Sainte-Marie at The Beat, the much-acclaimed DJ collective, A Tribe Called Red will perform their complete multi-media DJ set, for the first time in Toronto, a solo new media exhibition by Montreal-based artist Jason Lewis, and for all travellers, keep your eyes open for the imagineNATIVE short films on all Air Canada flights!