Ask Poland's Dikanda what they play, and they'll answer in a word: Truth. It's that wellspring of deep emotion that can just as easily arise at village kitchen tables as in global sonic hitchhiking. To reach it, the six-piece 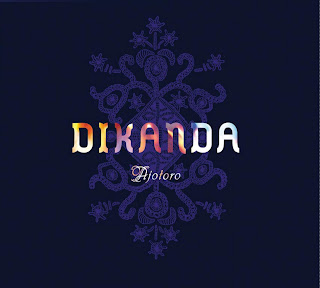 Americans will have their first taste of Dikanda's lively intensity in September 2011, as the group tours the U.S. for the first time. Hitting world music festivals and venues in New York, Chicago, and Minneapolis , the band brings Polish mountain hollers and Kurdish melodies, rollicking dance beats and searching ballads together effortlessly, in an ever-changing interplay of acoustic musicianship and soulful, soaring vocals.

"Dikanda is about this expression of death and birth, longing and loneliness. Our concerts are not something set apart from the rest of life," explains singer, accordionist, and group founder Ania Witczak. "People in the audience may not understand what we sing, but they'll often break into tears. Or into wild dancing."


***
Witczak calls the coming together of the band "miraculous." Hailing from Szczecin, an industrial port on the Baltic with mixed Slavic and Germanic roots, the group has long stood out in a music scene dominated by standard-issue pop. Witczak and guitarist Piotr Rejdak teamed up as cash-strapped students to finance a hitchhiking foray to Western Europe by busking. Before they knew it, one jam session and lucky encounter 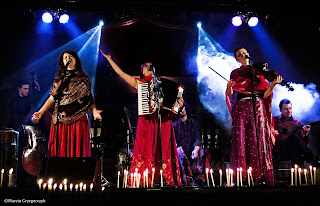 led to another, and Dikanda was born.

They became more than a mere band; they became a tight-knit group of friends-the group's name stems from an African dialect word for "family"-and that intimacy shows on stage. "When we play a concert, we try to keep the truth of the matter," Witczak reflects. "In every moment, we hear these voices inside us, the voices of our forefathers and mothers, and then we return to our own voices."

These voices speak though tight rhythms, swaying fiddle, bouncing upright bass. They also speak their own uncharted language, which the band has dubbed "Dikandish." For Witczak, it flows from children's universal habit of making up sounds and remains a way to get beyond the bounds of everyday speech into a deeply personal yet widely comprehensible world of feelings and stories. 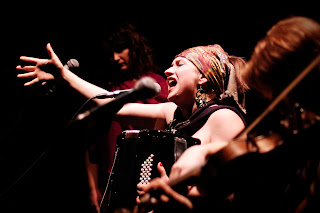 "I get a story in my head, and I want to tell it. But I'm not in the right frame of mind to use language," Witczak says. "When I start to sing, words just come."

Along with intensely intuitive originals, the group draws on Witczak's bountiful collection of traditional songs. A life-long singer, Witczak crisscrossed rural Eastern Europe as a young woman, hanging out with elder musicians and learning songs that stuck with her. She never took notes, but remembers hundreds of songs from across the Balkans and Carpathians, songs that Dikanda has transformed together, adding new rhythms and fresh harmonies.

"Our music comes from traditional music, but sometimes it comes from nothing, out of nowhere," laughs Witczak, "while we sleep or peel potatoes."