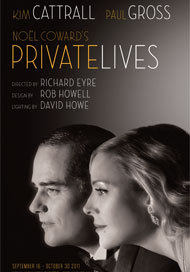 Kim Cattrall (Sex and the City) stars in a new production of Noël Coward’s comedy classic!

A hit on London’s West End!

Noel Coward's dazzling comic masterpiece, Private Lives, provides a riotous showdown between two of the stage and screen's most magnetic personalities - Kim Cattrall (Golden Globe and Emmy Award winner for Sex and the City) and Paul Gross (Tales of the City, Slings and Arrows, Due South.)

The glamorous divorcée Amanda and her prosaic new husband honeymoon on the French Riviera. When Amanda finds that the hotel room next to theirs is occupied by her ex-husband, the rich and reckless Elyot, old passions begin to bubble. Elyot and Amanda—with no regard for propriety—forget all about the faults that drove them apart in the first place… for a little while, anyway. 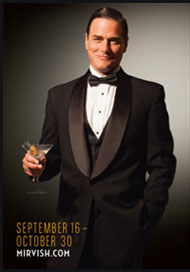 “fresh and hilarious.”
THE DAILY EXPRESS 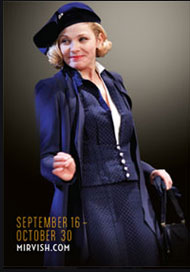 There is no performance on Saturday September 17 at 2PM
Running Time: 2 hours 15 minutes including intermission