Los Angeles, CA (August 26, 2011) – The Blackhouse® Foundation announces its first year at the Toronto International Film Festival®. As the year winds down Blackhouse reflects on five years of programming at some of the most prominent independent film festivals in the US. The foundation proudly expands its reach through partnership with this truly global festival.

“We are incredibly impressed with the commitment to diversity in independent film expressed by the Toronto International Film Festival through this year’s powerful line-up of black films from around the world. We’ve been watching for years and are excited to join as a sponsor,” says Brickson Diamond, chair of the board of the Blackhouse Foundation. 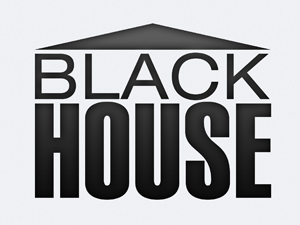 The Toronto International Film Festival has announced 20 films with black directors, content or cast from across the African Diaspora for the 2011 festival.

"We are delighted that the Blackhouse Foundation is joining us here in Toronto for this year's Festival," said Cameron Bailey, Co-Director of the Toronto International Film Festival. "We look forward to working together to build a stronger presence and a true home in Toronto for filmmakers of African descent."

Blackhouse will be on the ground in Toronto encouraging its constituents – filmmakers, tastemakers, industry leaders and area locals – to take part in the festival.

About The Blackhouse Foundation
Mission: The Blackhouse Foundation works to expand opportunities for Black filmmakers by providing a physical gathering venue for our constituents at the world’s most prominent film festivals, encouraging the inclusion of black filmmakers with films selected by the festival and creating a nucleus for continuing support, community, education and knowledge.

The Blackhouse is a US-based charitable organization geared towards dynamic industry networking, rigorous support, unparalleled education, and celebration for filmmakers of African descent and their audiences. The Blackhouse focuses on increasing the visibility and commercial success of films by, for and about people across the Diaspora.