"My American friends joke and tell me that it's only in Canada that you'd be both a successful writer and actor," says Sandy Jobin-Bevans with a laugh. Whether it's the geography or just a matter of talent and energy, they're two hats that Sandy wears with ease. From acting to writing to stand up comedy, his is a busy 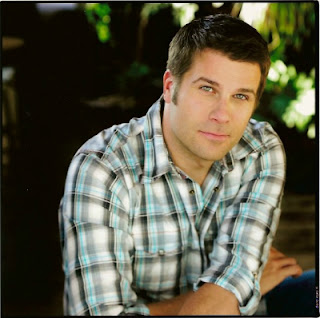 career that ends up on the small screen this season starring on YTV's new show, Life With Boys.

The show, from the creator and producers of the hit TV show Hannah Montana, centres around Torri Webster as 14 year-old Tess Foster, the only girl in a house full of boys. "Most of the time, I'm the one delivering the jokes because I'm the parent," he says of his role as her over-protective Dad. Sometimes, he's the straight man, but at others, he's the brunt of the jokes. He describes one scene that took a full day to shoot - a day he spent getting pelted with balloons filled with peasoup by a room full of 8-year olds. "They'd yell 'Cut! Cut!' but the kids were screaming," he recalls. The peasoup barrage continued. "The next day, they had a bottle of wine for me in my room," he recalls.

The show is a comedy with a little drama thrown into the mix. "There are issues here and there that they want to get more serious about, but it's a fun show," he says. "These are great kids to work with too." He recalls the time spent shooting the series as a really positive experience. "There was never a day that I didn't want to work on it - and I don't like getting up at 6 o'clock in the morning."

As a writer, he's no stranger to kid's entertainment, serving as head writer on YTV's Splatalot. "The thing about writing a kid's show, much of what you come up with can't end up on the show," he laughs. "Splatalot, it's basically kids running around an obstacle course." He says the writers will have a spontaneous reaction - and then come up with a family friendly version of the joke, although he does admit to "putting stuff in that 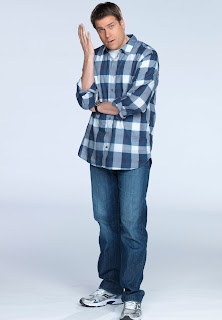 adults will laugh and and the kids won't know why."

Both writing and acting seem to have been the result of favourable circumstance rather than by design."I was working on a degree in history and was going to be a high school history teacher," Sandy says. He got into a sketch group while studying in Manitoba and the group headed east to do some shows in Toronto. A few paying gigs and he was hooked, learning his act as he went along. "The first time I did improv, it was on stage," he remembers. "I took classes later on." A nine time Canadian Comedy Award Winner, Sandy is a Second City alum, a founding member of the award-winning improvisational team, SlapHappy, and a regular cast member on the Comedy Network’s sketch show, Hotbox. His film credits include You Kill Me with Ben Kingsley and Harold & Kumar Go to Whitecastle with John Cho and Kal Penn, among others.

Writing came along more recently. In 2007, he was working on a CBC Radio project. "I was walking down the hall and someone came by and asked me if I wanted to write on this show," he says. The answer was yes, and the result was his involvement in writing the 2007 NHL Awards Show. He went on to take on the role of head writer for several live sporting events, including the 2010 Winter Classic in Boston, the 2009 NHL All-Star Game in Montreal and the 2008 NHL All-Star Game in Atlanta. Writing has the advantage of no auditions to go through, and in keeping his hand in the game during acting lulls. "It's so I continue to work during breaks in acting," he says.

Along with the new show, his life is taking a new turn on the eve of his marriage. A bachelor with no children of his own up to this point, he admits the year spent shooting Life With Boys was a kind of test of the notion of parenthood. "That might be the next step," he says cautiously.