The National Film Board at TIFF 2011

Pinkwashing, 3D Bodies and Progress:
A banner year for the NFB at TIFF

Every year, hundreds of thousands of people walk, run and shop for “the cure.” Millions of dollars are raised in the name of breast cancer, but where does all the money go, and what is actually achieved? 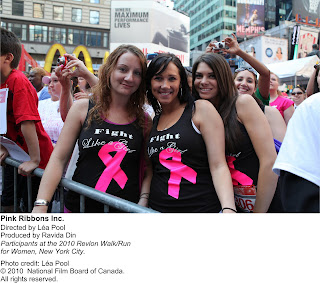 Award-winning Quebec filmmaker Léa Pool directs Pink Ribbons, Inc., which examines what many have called the “dream cause” of cause-related marketing.

Produced by the NFB’s Ravida Din and inspired by Dr. Samantha King’s book Pink Ribbons Inc.: Breast Cancer and the Politics of Philanthropy

, the film juxtaposes footage from some of the biggest fundraising walks and runs in North America with uncompromising interviews with Dr. King and: writer and social critic Barbara Ehrenreich, author of the Harper’s magazine article “Welcome to Cancerland”; activist and Executive Director for Breast Cancer Action, Barbara Brenner; Nancy G. Brinker, CEO and founder of Susan G. Komen for the Cure, one of the world’s largest fundraising charities for breast cancer research; and Dr. Marc Hurlbert, Executive Director of the Avon Foundation Breast Cancer Crusade, which sponsors the Avon Walk for Breast Cancer. 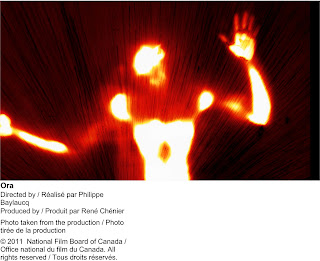 The creative worlds of choreographer José Navas and filmmaker Philippe Baylaucq meet in ORA, a spectacular cinematic adventure in the great, innovative tradition of the NFB. The first film to use 3D thermal imaging, Baylaucq’s short follows six dancers with luminous bodies, exploring a world marked by the heat they produce. Produced by René Chénier, the film showcases never-before-seen images in a dance allegory that draws the viewer into the heart of the shifting space the dancers inhabit. ORA will screen in TIFF’s Short Cuts program. 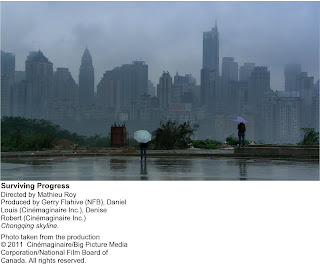 seemed like progress often backfired. Some of the world’s foremost thinkers, activists, bankers and scientists challenge us to overcome “progress traps,” which destroyed past civilizations and lie treacherously embedded in our own.