From a release - part of the New York Musical Theater Festival:

When life is left to chance there's nothing fleeting as romance... 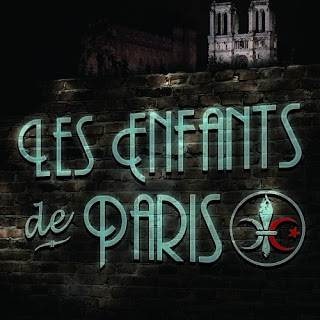 New York - The streets of Paris are not safe after young Pierre Frollo’s love for a fiery Muslim refugee sparks a series of cataclysmic events. Featuring a chanson- and Arab-influenced score, this gripping musical re-sets Victor Hugo’s Notre Dame De Paris amongst the disenfranchised youth and xenophobia of France 1958, and the Algerian War for Independence.

Please be advised that this show contains mature themes and content which may not be suitable for children.
Approximate Running Time: 2:15 (including intermission); with intermission 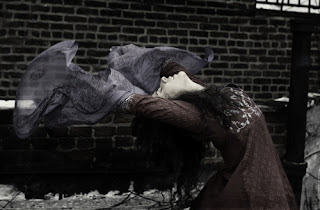 Stacey Weingarten (Book)
Stacey wears many hats, mostly cloches. Having graduated in May 2010 from Fordham Lincoln Center with a degree in Theatre Directing and Communications (and a minor in Ancient Greek!), she is currently making her Off-Broadway debut puppeteering “Bubbles” in John Tartaglia’s ImaginOcean. Les Enfants marks her first book for a musical though she is also hard at work on several more including Boys Lost, Back in the Day,and The Elliots. For more information, please visit www.staceyweingarten.com.

Donna Drake (Director/Additional Development)
Broadway: original production of A Chorus Line, Sophisticated Ladies, Woman of the Year, The Wind in the Willows, 5678-Dance, It’s so nice to be Civilized and the original production of  The 1940s Radio Hour.  Awards: an Emmy nomination, 4 Drama Desk Nominations, A Mac Award Nomination, A Theatre World Award, and an Off Broadway Alliance Nomination. Les Enfants de Paris is the first of  four collaborations with Stacey Weingarten and David Levinson.