TORONTO - From its official opening on September 8 with rock guitarist/sonwriter Richard Thompson,m the Royal Conservatory’s 2011-12 concert season switches to world music in two concerts that take

audiences on journeys through the Middle East and India. Andalusia to Toronto (September 27) is the first concert in the new Music From Across the Middle East series. Led by trumpeter/flugelhorn player David Buchbinder, this concert is an imaginative musical voyage to the 'golden' cultural age of the Iberian Peninsula. Participating artists explore the hybrid sound of the era through a masterful blending of styles and epochs, ranging from 9th century Arabic Muwashahat and Jewish Ladino songs, to Roma instrumental music, and even Afro-Cuban forms. Special guests include, among others, singers Amanda Martinez and Michal Cohen, vocalist and oud player Bassam Bishara; pianist Hilario Durán. Indian music is evoked by living legend Asha Bhosle (hot off of her Lifetime Achievement Award at Jine’s IIFA Bollywood Awards show) and North Indian sitar master Shujaat Khan on Sunday, October 2. One of the greatest playback singers in Bollywood history, Bhosle has sung 20,000 songs in 14 languages for over 800 movies, and she has also worked with Robbie Williams, Michael Stipe, and the Kronos Quartet. Together with Khan, she performs a wonderful evening of ghazals and Indian classical music. 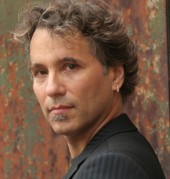 Classical concerts begin with two artists making welcome returns to Koerner Hall. Violinist Gidon Kremer, who brought his entire Kremerata Baltica group to Toronto last season, is joined on this occasion by pianist Andrius Zlabys and cellist Giedrė Dirvanauskaitė. Their program celebrates composer Sofia Gubaidulina’s 80th birthday with two pieces by the composer: Rejoice and Chaconne and is rounded out with works by Silvestrov, Bach, and Shostakovich. Also returning is Canadian pianist Louis Lortie, who made a sold out appearance during the inaugural season. As part of the Invesco Trimark Piano Concerts series, he celebrates the 200th anniversary of Liszt’s birth by performing his monumental Années de pèlerinage (Years of Pilgrimage) on Sunday, October 16. The Orange County Register described Lortie’s performance of this work as “nothing less than astonishing, faultlessly acrobatic and superbly poetic, everything shaped and polished with care.” Prior to the concert, at 11:30am, ticket buyers are invited to attend a pre-concert lecture titled "Liszt and the Keyboard: the Wizard casts his Spells" by Liszt scholar and author Alan Walker. 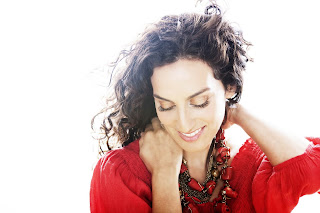 reputation for inspiring performances of Baroque and classical music. In what is also its Toronto debut, the ensemble performs Purcell’s Suites from King Arthur and Fairy Queen, Vivaldi’s “La folia” and Concerto for Two Trumpets, and Telemann’s Tafelmusik (Produktion II) and Concerto for Viola and Strings. The Smithsonian Chamber Players honour the centenary of Mahler’s death with chamber versions of Das Lied von der Erde and Kindertotenlieder. This ensemble of virtuosi musicians is joined by celebrated members of The Conservatory faculty (Steven Dann, viola; Andrew Burashko, piano; and David Louie, harmonium), as well as Royal Conservatory alumnus, baritone Russell Braun, and American tenor Thomas Cooley. 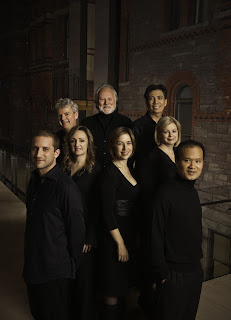 Culture Days, and features talented young Canadian pianist, and Conservatory student,  Jan Lisiecki performing Chopin’s Piano Concerto No. 2. Also on the program are Wagner’s Overture to The Flying Dutchman and Mussorgsky’s Pictures at an Exhibition (arranged by Ravel). The second concert on Friday, October 28, presents the 2010-11 Glenn Gould School Concerto Competition winner, pianist Connie Kim-Sheng, in Rachmaninov: Piano Concerto No. 2. The program is rounded out by Lutosławski’s Little Suite and Dvořák: Symphony No. 8.

Master Classes, Prelude and Postlude Concerts
While in town, many world-renowned artists lead master classes for The Royal Conservatory students. On Friday, October 14, Mr. Lortie conducts a master class, and many more are to be added soon. As in the previous two seasons, a number of Koerner Hall performances are followed by Postlude Concerts in the Leslie and Anna Dan Galleria, Lower Level: SFJAZZ Collective on October 15 is followed by alto saxophonist Matt Woroshyl; and alto saxophonist Chris Weatherstone and pianist Winston Matsushita follow Joe Lovano Us Five on October 29. Other postludes where artists will be confirmed soon include Richard Thompson on September 8, The English Concert on October 21, and the Smithsonian Chamber Players on October 22. New this season, the Royal Conservatory Orchestra concerts (with the exception of the first concert on September 30) are now preceded by Prelude Concerts starting at 6:45pm and featuring the talented young students of The Glenn Gould School in chamber music settings.
classical indian music classical music in toronto european classical music indian music jazz in toronto koerner hall live music in toronto royal conservatory of music