Tet Trung Thu, or the Mid-Autumn Festival, also known as the Moon Festival or the Lantern Festival, is celebrated throughout East Asia. It is the second-most important holiday (New Year’s Day being the most

important) and occurs around the September equinox. Traditionally, families gather around to celebrate the end of the summer harvest by eating moon cakes, lighting lanterns, and gazing at the moon and stars. It is also a wonderful day for children to stay up late and play together outside at night. 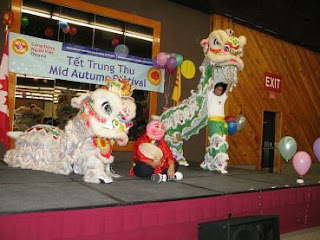 Chanh Kien Lion Dancers
The Chanh Kien Vietnamese Buddhist Youth of Ottawa lion dance troupe, created in 1989, will be performing at this year’s Tet Trung Thu: A Mid-Autumn Celebration. The group consists of youths from 12 to 17 years of age.

The group performs annually at the Lunar New Year and Mid-Autumn Festivals in Ottawa and at numerous cultural events and private functions including at the Mystic Creature special exhibit for the Museum of Civilization, Mid-Autumn Festival at the Children's Museum, Asian Heritage Month banner unfurling for the Ottawa Police, and reopening of the Roy Duncan Park. 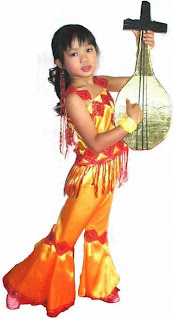 Theatre, will bring his choreographic performance Pieces to the stage at this year’s Tet Trung Thu: A Mid-Autumn Celebration.

He has interpreted roles for many of Canada's esteemed dance creators and companies, and has performed across Canada and the United States, in Europe, Asia and Australia.

Julie Nhu Ha
Come listen to seven-year-old Julie Nhu Ha, whose voice is sure to capture your heart at this year’s festival.

Performing since the age of three, Julie has earned an unofficial title as the Vietnamese community’s little sweetheart. She holds a gold medal from the Ontario Dance Challenge 2011 for her solo as well as the first-prize award in singing from the Vietnamese Community Centre of Mississauga in 2009.
harbourfront toronto mid autumn celebration vietnamese culture vietnamese dance