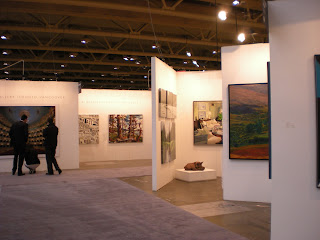 I had a chance to preview the 12th Annual Toronto International Art Fair this morning, doing my best to check out the mind boggling array of fine art on display. It was of course impossible to get a firm grasp on what ends up being their biggest year ever, with 109 galleries exhibiting work from 13 different countries.

You can also check out work by the winner of the 2011 RBC Painting Competition for emerging artists.

The international representation includes of course a good percentage of Canadian galleries, along with American and particularly from New York City's edgy art scene. I really liked the large scale Inuit work at 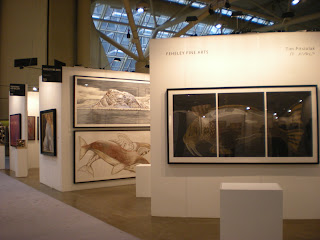 Feheley Fine Arts, (pictured,)  and I also noticed a number of very cool exhibits by Québec artists and Montréal galleries, including Galérie Bellefeuille, who've got the work of Damien Hirst and Jim Dine. The fair includes some solos shows, notably Chuck Close and some abstract work from Vancouver artist Attila Richard Lukas.

An onsite videotheque is new for this year, being a small lounge near a nicely stocked bookstore. What's being called the Open Space displays larger pieces of sculpture. There's a section for emerging galleries and emerging artists, and interactive elements like the Collage Party by Winnipeg native Paul Butler. As he explained, it's a picnic table for collage, where both the artists and public can make collages either alone or in collaboration with others, that will be displayed on the unsusually crafted table (you'll see what I mean). 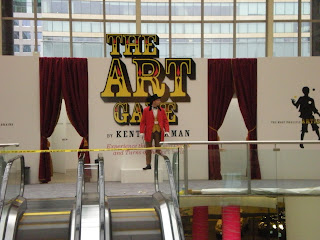 Special projects include a whimsical take on the artist's life by Kent Monkman (curated by Steven Loft). Called The Art Game, it's a kind of maze with small rooms, actors, text on the walls - Critical Acclaim!... Dumped by Dealer! - and paintings, among others, which set up various scenarios. There is a ringmaster at the door, and surprizes at every turn. They were still setting up when I saw it but it looks like fun.

The 1979 Andy Warhol BMW is on display, only the second time it's ever been in Canada. Videos behind it and on the adjacent wall show Andy at work (he's signed the back bumper) and the car actually competing in races. (Last year they had Esther 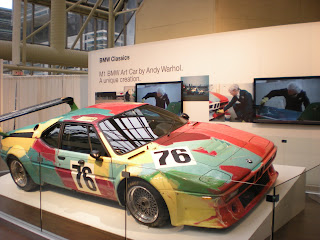 If you've got $3,500 and you'd like to help out MOCCA, they've got an exclusive print by renowned photographer Edward Burtynsky - Dryland Farming #13, Monegros County, Aragon, Spain,, 2010 (20” x 26” Chromogenic colour print, Edition of 25, ©Edward Burtynsky). You can view it at MOCCA's link above - that image wasn't manipulated. It's what dry farming actually looks like, quite in keeping with his talent for finding dramatic landscapes as altered by human beings.

There's way too much to talk about and the variety keeps it really interesting - a highly recommended way to spend some time this weekend.


Sculptures in the Open Space: 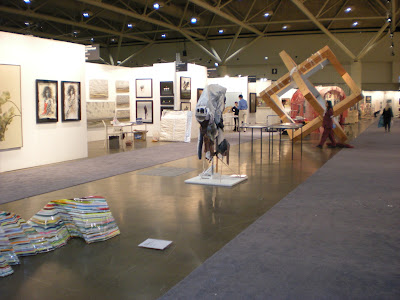 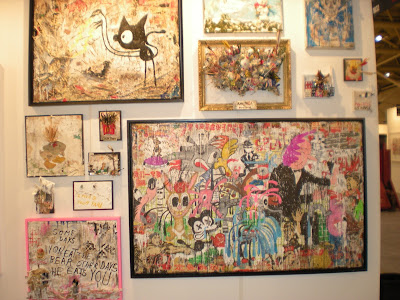