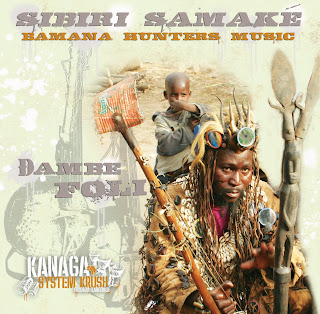 “If the blues’ origin can be traced to West Africa then this album puts listeners squarely at the doorstep of one of modern music's cornerstones,” said Aja Salvatore, founder of K.S.K. on introducing the grassroots label’s latest foray to share and champion the music and talented musicians of West Africa.

One of a handful of hunters, or donso to have been heard beyond the African continent, Sibiri Samaké's stirring vocals and talented instrumentals transports listeners right into the heart and roots of Mande music and culture.

Samaké, the lead instrumentalist on the traditional donso's (hunter) harp, the donso n'goni plucks gritty, complex riffs that easily rival the best Western bass players around. This long-necked stringed calabash resonator has been dubbed by New York music experimentalist Bill Laswell in The Guardian & Observer, “as one of the world's essential bass sounds.” Alongside, Samaké’s urgent yet drawing vocals in his native 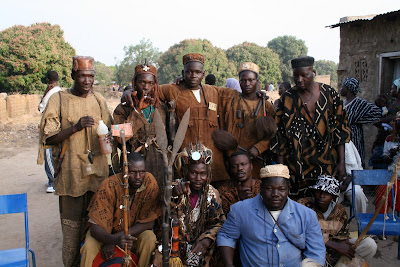 tongue of Bambana and true to the African tradition of call and response music, Samaké is accompanied by back-up vocals from fellow musicians Sumayla Fofani also on the donso n'goni and percussionists Ibrahima Diakite on the karinya (iron-metal scraper) and Kadiatou Samaké on the kusubu (shaker). The album shines through the amazing work of Oz Fritz who put his masterful touch during the mixing process.

With its intentional atypically lengthy four tracks - mastered to bring the audience as close to a live performance without hitching a flight to the Malian capital of Bamako, hear Samaké effortlessly weave his masterful deep, bluesy poly-rythmic n’goni solos changing time signature at will.

Not since 1995 has this revered donso released an album.  Much anticipated Dambe Foli, meaning traditional music, is a fresh take on grassroots Mande music. It showcases the musicality and technical acumen found within a cultural phenomenon that has stood the test of time and one that Sibiri Samaké has belonged to for more than three decades.

Endemic to western Africa, this somewhat elusive yet highly revered society of alchemical sages known as the hunters' society or the Donsoton, maintain an indigenous culture that has underpinned Malian society and dates back to the 7th century, pre-Islam, pre-Christianity and colonization.


"Music in Mali" TEASER from Kanaga System Krush on Vimeo.

Their rich musical culture laid foundations for the birth of the blues, rock, jazz and other genres that have beckoned the likes of filmmaker Martin Scorsese to take a closer look at the regions historical implications in the documentary, The Blues (2003).

This album will bring audiences around the globe one step closer to some of the keys to understanding and further appreciating a musical tradition that in modern times continues to influence African pop music and musicians, the likes of Salif Keita and Oumou Sangare as well as contemporary artists such as Vampire Weekend and Damon Albarn. “At a time where more and more contemporary artists are turning to world music as a source of inspiration, Dambe Foli stands as a great example of the complex musicality to be 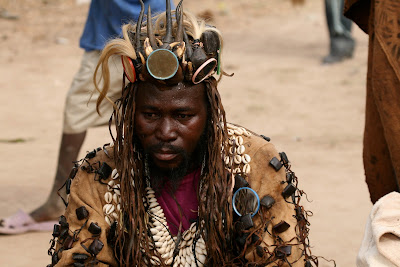 Trace the sacred traditions of the Manding empire and its folkloric stylized hymns and gritty sounds found in Sibiri Samaké's raw bluesy vocals and trance inducing hard plucked n'goni riffs that are sure to capture a new kind of prey, a global audience.

In addition to Dambe Foli, Samaké joins other renown Malian musicians to be featured in "Music in Mali: Life is Hard, Music is Good" a feature-length documentary on musicians and musical traditions from West Africa also produced by K.S.K. and due out Spring 2012.

• Dambe Foli Scheduled Release Date: October 25, 2011
About Kanaga System KrushKanaga System Krush (K.S.K.) is an independent record label, operating on a fair-trade principle, focused on the preservation and promotion of traditional music from West Africa. By bringing this music to the world market, K.S.K. is opening new channels to an old tradition, as well as providing direct support to the carriers of this ancient knowledge. K.S.K. and acclaimed producer Oz Fritz have produced and released nearly a dozen albums over the last five years, most notably Lobi Traore’s career-topping electric live set Bwati Kono.