• All three releases (The Dawn of Awareness, Give The Begger A Chance, and Wake Up Your Mind) are out as of September 27, 2011
• Free download

Re-Issued For Release On CD, Download And Replica Gatefold LP Are Three Of Nigeria’s Most Coveted Releases; Monomono’s 1971 Debut Album ‘Give The Beggar A Chance’, The Follow Up ‘Dawn Of 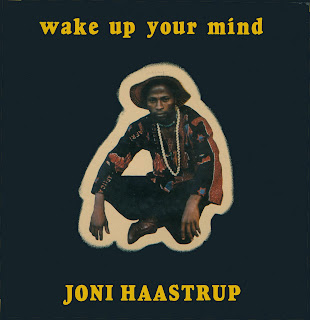 Soundway and Tummy Touch are proud to present three blistering albums of Afro rock and funk from Nigerian multi-instrumentalist Joni Haastrup and his band MonoMono. Re-issued for release on CD, download and replica gatefold LP are three of Nigeria’s most coveted releases; MonoMono’s 1971 debut album ‘Give The Beggar A Chance’, the follow up ‘Dawn of Awareness’ and Joni Haastrup’s debut solo record ‘Wake Up Your Mind’.

Soundway have been championing Joni Haastrup since day one featuring tracks on both the ‘Nigeria Special!’ and ‘Nigeria Rock Special!’ releases. Most recently Joni appears as a guest keys players on Black Goddess, an Afro-jazz soundtrack collaboration with Remi Kabaka.

Growing up in a royal household in Nigeria, Joni Haastrup began his musical journey performing for his brothers bandSneakers and was quickly snapped up as a vocalist for O.J. Ekemode and his Modern Aces’ ‘Super Afro Soul’ LP, one of Afro-beat’s formative LPs. Soon after, Ginger Baker of Cream fame replaced Steve Winwood with Joni on keys for Airforce’s UK concerts in ‘71 and the success of the collaboration led to further shows with Baker as part of the SALT project before he returned to Nigeria to set up MonoMono.

MONOMONO – ‘GIVE THE BEGGAR A CHANCE’
Joni formed MonoMono in 1971 with his friend and bassist Baba Ken Okulolo, guitarist Jimmy Adams and percussionists Candido Obajimi and Friday Jumbo. The band recorded seven original tracks for their debut LP, a drastic departure from the soul covers of the 60’s groups in Nigeria but a logical progression from the 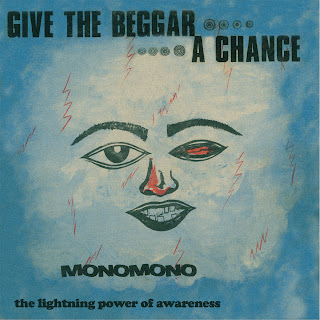 jazz-rock fusion saturating the London scene. Joni’s keys on the lush, meandering title track ‘Give the Beggar a Chance’ reminds one of Ray Manzarek (The Doors) while on ‘Kenimania’ he wails like an African counter-point to the Skatalites’ master organist Jackie Mittoo. Written in London and recorded in Lagos, the album was released in 1972.

MONOMONO – ‘THE DAWN OF AWARENESS’
Amid the OPEC oil embargo, Watergate and IRA bombs, the sound of their follow-up record, 1974’s ‘Dawn of Awareness’ took on the blues-rock grooves of Santana and Hugh Masekela, but with their own unique Yoruban flavor. A deeply spiritual record, ‘Dawn of Awareness’ was Haastrup’s reaction to what was going on in the world around him. One hears echoes of the Allman Brothers’ ‘Revival’ on  ‘Awareness is What You Need’ and after listening to ‘Plain Fighting’ you could easily imagine the band sharing the stage with the Doobie Brothers at an East Side San Jose street festival.

JONI HAASTRUP – ‘WAKE UP YOUR MIND’
Back in London in 1978, Joni recorded his solo gem ‘Wake Up Your Mind’ for the Afrodesia imprint. Laced with funk basslines, swirling keyboards and screaming guitars, this is Joni’s most ‘western’ record but at the same time unmistakably of the African origin. From the slow-motion disco of ‘Greetings’ to the stone cold groove of ‘Watch Out’ to the Rueben Wilson-style funk of ‘Free My People’ Joni was soaking up the sounds of the times and blending them with the music of his roots.

JONI HAASTRUP ‘SOUL BROTHER NUMBER ONE’
Joni Haastrup came of age in a royal household in the waning days of colonial Nigeria; his grandfather was a king in the Yoruba town of Ilesa in Western Nigeria. Joni grew up surrounded by music, local drummers would perform for his grandfather whilst a steady flow of old American 78’s and calypso discs were on rotation at the local record shop.

So it was little surprise Joni chose to become a musician. The burgeoning  jazz tinged high-life scene he walked into was led by bands like the Abalabi Rhythm Dandies and Eddie Okonta & his Top Aces all basking in their country’s newfound independence after years of British colonial rule. It was in the midst of this a young Joni Haastrup made his debut singing in his brother’s band Sneakers at a 1964 New Year’s gig 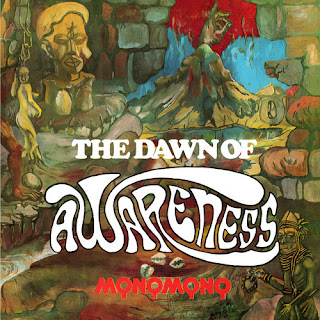 Later in 1966, when James Brown was all the rage, O.J. Ekemode and his Modern Aces’ released their ‘Super Afro Soul’ LP, an album that many see as laying the foundations of Afro-beat. Featuring Joni Haastrup on vocals, an unknown Fela Ransome Kuti sat in on trumpet before taking up sax and forming the Koola Lobitos.

At this point Joni Haastrup tearing up stages across Western Nigeria and soon became known as his country’s “Soul Brother Number One”. Later that year the cover band Clusters International, seeking a dynamic stage presence took Joni as their front man, a role Joni flourished in for the next few years.

In 1971, an invitation from Ginger Baker was extended to Joni Haastrup as part of the Airforce tour and the success of the collaborations was to be a catalyst for Joni’s Nigerian exodus and the forming of MonoMono.
afrobeat album rerelease on cd ginger baker nigerian music west african music yoruba music