The Italian Edge:
Hit Week Brings the Cool and Quirky Sounds of Italy to NYC, LA, and Miami for Three Nights of Wild and Worldly Music

Francesco Del Maro was ticked off: Friends in the U.S. seemed to think Italian music was all "Volare" and 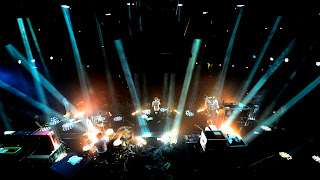 Verdi, mandolin melancholy and maudlin mafia soundtracks. Yet the 15 year music industry vertran did more than just get mad; he threw a party and got dozens of hip Italian musicians to L.A. for a multi-night, multi-venue blow out.

That was two years ago. Now, Hit Week (October 10-16, 2011; full ticket details at www.hitweek.it) has blossomed into a three-city festival highlighting the catchiest and edgiest music Italy has to offer. On major stages and in intimate clubs in New York City, L.A., and (for the first time this year) Miami, wild-eyed Zappa devotees and electro-powered rock, sleek globally inspired jazz and dubbed-out trip hop collide for a whirlwind romp through the Italian music scene.

For Hit Week, it's about power and savvy, not origins. "Hit Week doesn't focus on the music that's recognizably from Italy," explains Del Maro. "The language isn't important. We're looking for music of global caliber; that's so good, it doesn't matter where it's from." This formula has worked: In its short history, Hit Week's audiences have doubled and the festival has established a foothold in some of the toughest U.S. 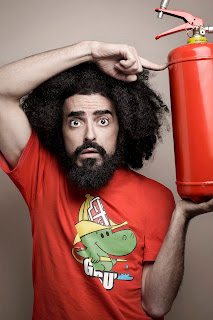 "There's nothing better than seeing young Americans in their 20s shouting into their cell phones at a show about a group they've just seen," remarks Del Maro, festival curator and instigator. "When you hear them rave about a band, that they can't believe this is Italian music, it's just amazing."Though broadly appealing, Hit Week's artists have a distinctly Italian spirit. Several hail from the country's unsung musical hotspots-like the increasingly popular travel destination of Puglia-scenes few Americans are aware of.

Hit Week artists vary wildly, but they share a certain spirit. They flirt with local sounds, satirize local conditions, climb local charts, and pack local stadiums with hundreds of thousands of dedicated fans. Subsonica have scored numerous number one hits in Italy, making them the current darling of the rock scene. Caparezza sells out major arenas on a regular basis, thanks to his high-energy, always changing, innately 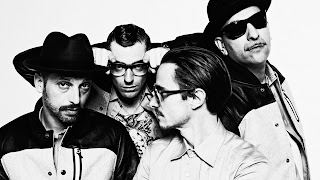 Italian artists are also quietly attracting the attention of international heavyweights, be they edgy producers or major labels. Nicola Conte just signed a deal with international jazz mainstays, Impulse. Casino Royale have teamed up with Scottish DJ Howie B (who's worked with everyone from Tricky to U2) to trade dub breaks and licks. Rising star Erica Mou is working with Bjork's producer, Valgeir Sigurðsson, whose shimmering electronic touches unveil new facets of Mou's raw, personal songs.

Along side these major acts and hot newcomers, Hit Week will showcase the best of Italy's burgeoning crop of emerging music, selected via Facebook contest, thanks to the involvement of the Italian Minister of Young Generation. Young bands get to travel to the U.S. and play for new listeners and industry heavyweights alike. "It's been great for artists just starting out," explains Del Maro. "Some participants from previous years went on to play various major U.S. festivals." 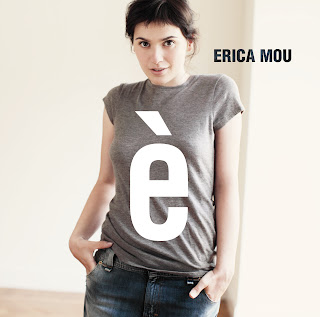 Hit Week aims not only to bring creative young Italians to the U.S.; it's reaching out to young Americans, getting them exposed to the coolest moments of the Italian scene. As part of its ongoing partnership with local universities, the festival is arranging several meet-and-greet opportunities at local colleges (UCLA, Columbia, University of Miami) that will bring together artists and audiences in a casual, intimate setting.

"Hit Week shows that Italian artists are second to none," Del Maro says. "We are not coming from the third world of music, but have something new to tell the world."

Hit Week is produced by Francesco Del Maro for Music Experience Roma Italy and Mela Inc. Los Angeles, with the support of The Minister of Young Generation, The Italian Federation of Music Industry, The Puglia Region, The Italian Trade Commission of Los Angeles, The Minister of Economic Development, The National Italian American Foundation, The Rhythm Foundation Miami, Gibson, Dw, Aqua Panna, Rockol, Made in Roma, Dw Drums, Paiste and more to come.


HIT WEEK NYC DETAILS  (scroll down for LA and Miami):