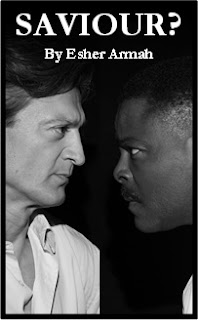 [New York, NY]  New Heritage Theatre Group and Take Wing And Soar Productions announced Esther Armah’s SAVIOUR?, a provocative new drama that is a love story about white privilege, black women, sex, betrayal, and power, will play a limited engagement at the DWYER Cultural Center, (258 St. Nicholas Avenue at 123rd Street between St. Nicholas Ave & Frederick Douglass Blvd) October 7 through October 30, 2011.  The performance schedule is Friday and Saturday at 7:00 pm, Saturday at 2:00 pm and Sunday at 3:00 pm. Tickets are $18 general admission and can be purchased by calling OvationTix at (212) 352-3101 or visiting www.takewingandsoar.org. 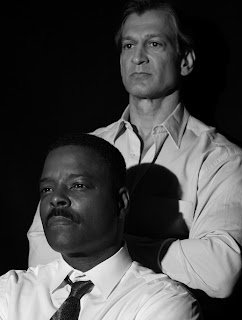 Directed by Passion, SAVIOUR?, features Michael Green and Jimmy Aquino* in a play about  two men engaged in game of high stakes. Billy Hall (Aquino) is a white high profile New York activist who sues his company when a promised promotion as CEO was given to a black woman. He hires Michael Jamal Williams III (Green), an African-American attorney willing to win at any costs and needs the case as a career-changer. Power, passion, family, ambition, love, betrayal, white men, black women, white privilege: it's all on the table in this play that asks: who saves who?

"This play is a roller coaster drama love story with twists and turns. In the age of Obama, post racial means as a playwright I get to look at white privilege, white identity - this emotional, complicated thing through this lens as a black woman,” playwright Armah said. “It’s a dangerous, provocative and sexy world. But I get to look at it, interrogate it, I like that. I'm interested in power and intimacy, in what happens when you strip away the usual walls that keep people at a distance. What will you see? How will you take the truth you really don't want to hear?"

“Playing Billy Hall, I’m a protector of the under privileged; as the character I take things on myself and 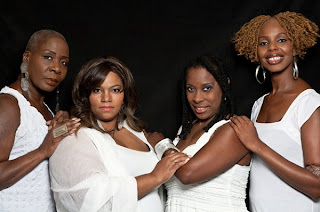 without being asked I’m a doer,” Jimmy Aquino said. “Power is special to me because without it, I would be regular, I would be average. I am not average. I lose power; I lose myself, what I’m all about. Power is my paycheck; power is the energy that drives me forward. With power I can move any piece of the chess game, with power anybody privileged, in the middle, under privileged - all will be moved by my power. Losing my power, I lose myself, who I am, what I’ve built, why I’m here".

SAVIOUR? will offer post-performance conversations with prominent New Yorkers where its themes can be more deeply explored by the