• Check the link for additional tour dates near you

The moment you have been waiting for is finally here. KRASHKARMA is about to take North America by storm and head to a city near you. Do you think you can handle the most brilliant hard rock band coming to 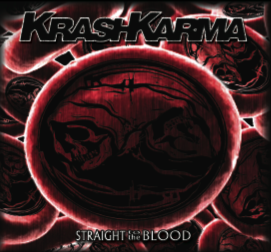 your neck of the woods? Well, you better.

KRASHKARMA will just be fresh off releasing their newest effort Straight to the Blood, on October 4th, and ready to rock your world.

Embarking on tour starting October 6th in Philadelphia, PA, the band will be trekking around the U.S. making sure little territory is left uncovered. Their live show is to die for, and has had hard rock fans craving and screaming for more, all while pumping their fists in the air. This is one tour that you should NOT miss out on this year. Trust me, you’ll be sorry, and remember…there’s no tears allowed in rock n’ roll. 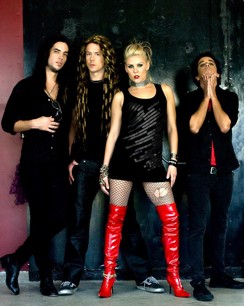 Forming two years ago, the band is based around Ralf Dietel, who had a short stint with Nine Inch Nails before venturing off on his own endeavors, and stellar drummer and vocalist Niki Skistimas.  Taking crowds by storm all over the world, the Los Angeles based group, who are known for their relentless, worldwide touring and high energy, balls to the wall live performance, have embarked on 8 national tours, 3 international tours including Europe and Africa!

KRASHKARMA has played over 250 shows worldwide since their conception in 2009, which is more than some bands accomplish in their whole career. If you have any doubts this band lacks dedication, you are sadly mistaking.

Mixing alternative, rock, metal, and electronica all in one package, you will be hooked immediately and craving more.