My Mother's Italian, My Father's Jewish & I'm in Therapy! Opens Oct 12 in Toronto

TORONTO - The producers of the international hit comedy My Mother's Italian, My Father's Jewish & I'm in Therapy! by Steve Solomon, currently running at Toronto's Bathurst St. Theatre, have announced that the show has been extended due to popular demand through to January 29, 2012. Tickets can be purchased through Ticketmaster at 1-855-985-ARTS (2787) or online at www.italianjewish.ca or www.ticketmaster.ca.

Now heading into its 8th week, this hilarious one-man show starring Tony Award-winner Paul Kreppel has kept audiences in stitches, playing to over 10,000 people and winning heaps of popular acclaim since its first show here on October 12.

Toronto fans have posted comments such as: "Amazing. Kreppel is extremely engaging and talented. I laughed the entire time," "tremendous," "a definite must-see," "good-hearted laughs," "fun, fun, fun" and "I would recommend this show to any one, any age!"
It makes the perfect Christmas or Hanukkah gift - or Holiday Party outing. Described as "One part lasagna, one part kreplach, and two parts Prozac," you don't need to be Jewish or Italian to enjoy it. All you need is to know what it feels like to leave a family dinner with heartburn and a headache!

TORONTO -Tony Award-winning stage and television star Paul Kreppel will make his Toronto debut in the international hit comedy My Mother's Italian, My Father's Jewish & I'm in Therapy! at the Bathurst St. 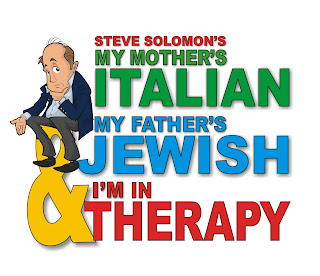 My Mother's Italian, My Father's Jewish & I'm in Therapy! played for almost two years in New York City in the heart of Broadway at the Little Shubert Theatre and the Westside Theatre; and has toured nationally and internationally in more than 100 cities. Kreppel performed in the show for 18 months in New York City which, during his run there, won Broadway.com's "Favorite New Play" award.

Paul Kreppel is best known to TV fans as lounge lizard Sonny Mann in the 80's sitcom "It's A Living." His hundreds of other TV appearances include everything from "The Love Boat" to "ER" and as Jackie's Dad on "That 70's Show!" Kreppel's New York acting credits include Joseph Papp's New York Shakespeare Festival productions at the Public, Lincoln Center's Vivian Beaumont and Shakespeare in the Park's Delacorte Theaters. His on and off-Broadway acting credits include Godspell, Joseph and the Amazing Technicolor Dreamcoat, Hello Muddah, Hello Fadduh!, The Proposition and Joseph Papp's productions of The Comedy of Errors, Agamemnon and Alice in Concert, and, of course, My Mother's Italian, My Father's Jewish and I'm in Therapy! - as well as starring in the national tour of Jerome Robbins' Broadway. 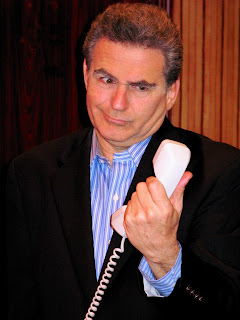 Kreppel's theatre directing credits include the Godspell national tour, Both Barrels, Hello Muddah, Hello Fadduh!, God Bless You, Mr. Rosewater, and world premieres of Zero Hour and Don't Hug Me. He won a 2007 Tony Award for co-directing/producing/creating Jay Johnson: The Two and Only!

Written by award-winning author Steve Solomon, the hilarious one-man comedy is based on Solomon's life growing up in a wacky family noted for its bi-ethnic diversity and aptitude for dysfunctional behavior. The author, whose mother is from Palermo and whose father is from Russia, grew up with his older sister (The Smoker!) in Brooklyn, NY.

Described as "One part lasagna, one part kreplach, and two parts Prozac," you don't have to be Jewish or Italian to love this show. All you need is to know what it feels like to leave a family dinner with heartburn and a headache!

Variety said it's "a little Alan King here, a pinch of Seinfeld there, with a smidgen of Don Rickles, Billy Crystal and George Carlin thrown in." Regis Philbin called it "Hysterically funny! Non-stop laughs all the way! I can't recommend this show enough, it's just great!" And Martha Stewart Living Radio raved that it was "as heartwarming as comfort food. Everyone can relate to this!" while Hadassah Magazine described it as a 90-minute laugh-fest!" 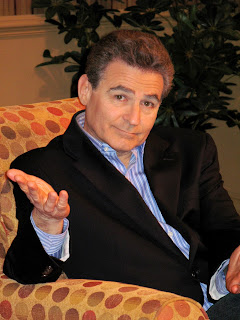 Solomon has written two sequels to his original hit: My Mother's Italian, My Father's Jewish and I'm STILL in Therapy and his hilarious holiday show My Mother's Italian, My Father's Jewish and I'm Home for the Holidays!  All three are currently touring the United States starring either Solomon (who spends more than 40 weeks each year touring with his shows) or other actors he's trained to keep up with demand. The original show has played almost 1,900 times since its inception, making it one of the longest running one man comedy shows on record.

The show is produced by Philip Roger Roy, Dana Matthow and Bud Martin. Producer Philip Roger Roy previously produced Let My People Come which opened in Toronto in 1981 at Basin St. Cabaret (180 Queen St. West) and ran 3 years there before moving to Club 21 at 21 Yorkville for another 3 years, before moving back to Basin St. for 6 months, and then to the New York Hotel & Dinner Theatre (formerly and presently the DRAKE Hotel) for another 2 years. It ran a total of 8 years as Canada's longest-running-(Equity licensed) musical ever, playing to over 400,000 people. A second production of Let My People Come toured Canada twice to London, Ottawa, Calgary, Winnipeg, Edmonton, Saskatoon, Vancouver and Victoria BC.