on October 12, 2011
Part of the New York Musical Theatre Festival:

A young ruler striving to bring peace to his country. A British archaeologist desperate to salvage his career with one great discovery. Tut, a mesmerizing and entirely unique oratorio-dance hybrid, interweaves the 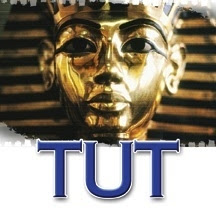 lives of two men across thousands of years: Tutankhamun, the mysterious pharaoh, and Howard Carter, the man who discovers his long-lost tomb.  Featuring a magical score and stunning choreography, Tut gets into your bloodstream with rhythms you’ll feel for days to come.

Marcus Hummon (Music, Book & Lyrics) has been called Nashville's Renaissance Man. He has enjoyed a successful career as a songwriter, recording artist, producer and studio musician, playwright and author. His 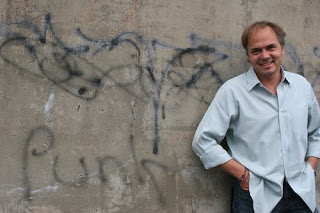 songs have been recorded in Pop, R and B, gospel...and most notably in country music. His country discography reads like a 'who's who' list of country notables over the last 15 years...Rascal Flatts, Garth Brooks, TheDixie Chicks, Brooks and Dunn, Tim McGraw, Wynona, Sara Evans, Alabama, The Nitty Gritty Dirt Band, Brian White, Leann Womack, Patty Lovelace...to name a few.

Six of his songs have charted #1 on Billboard, Radio and Records or Cashbox.  BLESS THE BROKEN ROAD (Rascal Flatts), COWBOY TAKE ME AWAY,READY TO RUN (The Dixie Chicks), BORN TO FLY (Sara Evans), ONE OFTHESE DAYS (Tim McGraw), and ONLY LOVE (Wynona). Several of his songs have been nominated for Grammys, ACMs and CMAs. In 2005 BLESS THE BROKEN ROAD won the Grammy for Best Country Song. Along the way he has garnered numerous BMI awards and been named Nashville's Best Local Songwriter 5 times by The Nashville Scene.