on October 12, 2011
Part of the New York Musical Theatre Festival: 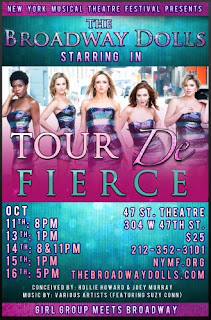 Girl Group meets Broadway in the event of the season, Tour de Fierce!  This ambitious new stage production mixes elements of Broadway, Cabaret, Fashion, Performance Art and Film, in a non-stop song-and-dance concert. Starring The Broadway Dolls, a girl group featuring five of the most fiercely talented, sexy, and intelligent triple-threat ingénues of the Broadway Stage – accomplished and contemporary women who tell the stories of their road to Broadway in a surprising, moving and often hilarious evening of theatrical fabulousness. In a word, FIERCE. 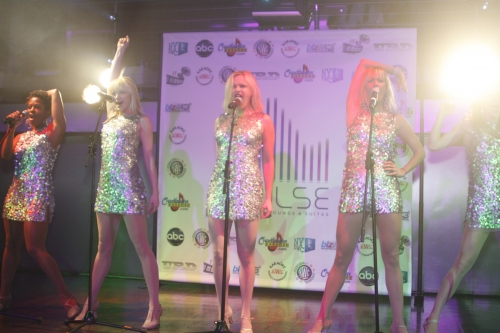