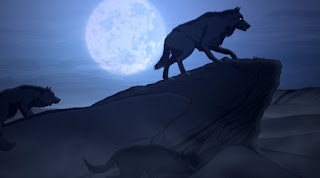 TORONTO - imagineNATIVE 2011 kicks off with a pair of films and a party - here's a look at the films.

Amaqqut Nunaat (The Country of Wolves) celebrates the Inuit tradition of storytelling with an animated story that tells the legend of two brothers who go out hunting and get lost in a storm. They endure the darkness, wind and weather to emerge in a strange land - the Country of Wolves.

The story is told in a voiceover and features an interesting combination of flat and layered three dimensional animated effects, aided by the urgent sound of throat singing by Tanya Tagaq Gillis. The effect is eery and atmospheric and suits the dark legend and its theme about the tenuous nature of survival in the harsh 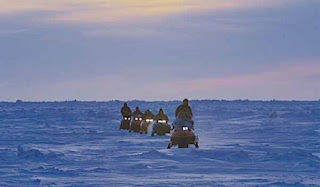 On the Ice is the feature debut of Alaska native Andrew Okpeaha MacLean (Writer/Director), an Iñupiaq filmmaker. As it begins, two teenagers in an Alaskan town smoke dope, gossip about girls and make up hip hop rhymes in the endless daylight of summer in the Far North. But throw the disruptive element of hard drugs and boozing into the mix and it ends in a death out on the snow.

As the two decide to cover up the tragedy, their lives begin to unravel in morass of lies and complications. They sink deeper and deeper into a moral quagmire - no one without self interest - as the falsehoods pile 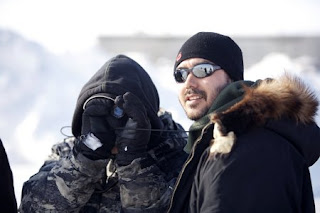 one on top of the other and tensions mount to an unexpected conclusion.

The film combines artsy camera work with convincing portrayals of the morally ambiguous leads. The scenery shifts between the frozen beauty of the landscape and the manmade awkwardness of the town, the lens lingering on the snowy vistas tinged blue with shadows or pink in the rising sun. It's an accomplished debut, and it's no surprise that Andrew Okpeaha MacLean's short films have won awards at the 2008 Sundance Film Festival and at imagineNATIVE in 2008. On the Ice won the Best First Feature prize at the 2011 Berlin International Film Festival.