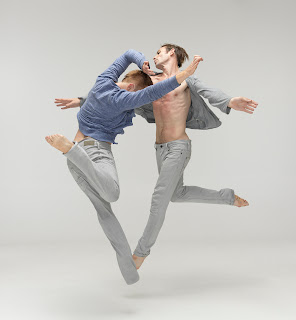 Artistic Director Roberto Campanella, a former dancer with the National Ballet of Canada, draws upon talent from the worlds of both classical ballet and contemporary dance in a programme that features work from an outstanding lineup of choreographers: a world premiere from Guillaume Côté (principal dancer with The National Ballet of Canada), North American premieres from Robert Glumbek (ProArteDanza Artistic Associate) and Kevin O'Day (Artistic Director Mannheim Ballet) and a Toronto premiere of a work by Campanella.

Campanella and Glumbek won the Dora Mavor Moore Award for Outstanding Choreography for their piece ...in between... from last season. Season 2011 promises to be a spectacular evening with:

- the world premiere of fractals: a pattern of chaos, an ensemble piece by classical ballet star, musician and emerging choreographer Guillaume Côté, inspired by the occurrence of fractals - most easily understood as similar shapes on different scales - and how unpredictable elements from everyday, such as a drop of rain or a gust of warm air, can influence the formation of fractals.

- the Toronto premiere of Roberto Campanella's en parallel, a duet about the lives of two people whose meeting hinges on just a moment, performed by Tyler Gledhill and Marissa Parzei. The piece originally premiered in June 2011 in Trois-Rivieres, Quebec at the Festival International de Danse Encore. 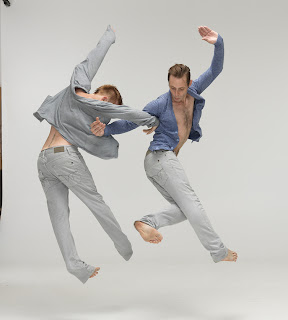 - the North American premiere of Robert Glumbek's Verwoben which explores human dynamics in response to music, other people and the environment; the connections that people create and the energies that live within.  Performed by Marc Cardarelli, Mami Hata and Brendan Wyatt. The piece originally premiered in 2008 in Mannheim, Germany with Kevin O'Day's Mannheim Ballet.

- the North American premiere of Pearline by Kevin O'Day, created as a gift for performers Mami Hata and Louis Laberge-Côté who recently returned to Toronto after performing with O'Day's Mannheim Ballet in Germany for two years; the piece was premiered there in July 2011.