Mesnak is a strong and even brilliant film that takes Hamlet, the timeless Shakespearian tragedy, and seamlessly weaves it into the story of an Innu village in northern Quebec. Montreal actor David was adopted 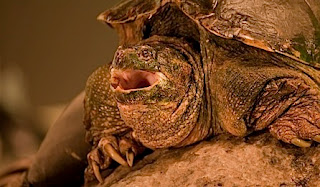 when he was three years old, and now in his twenties, gets a cryptic note that calls him back to the First Nations community where he was born, and where his mother - a former alcoholic - is about to be married.

From the beginning, he encounters the dark undercurrents and corrosive secrets that run through his family history and the town at large. The family drama is tied to the town's future under a potential deal with a white-owned forestry company. That and other details make this an organic telling of the tale - this never has the feel of a transplanted story. Yves Sioui Durand has gotten all the details right here and nothing feels less than authentic.

He uses an economical form of visual storytelling that evokes poetry, contrasting the plain manmade elements of the town with the sweeping beauty of the northern forests. He's not afraid to let the camera fall in love with the scenery. He manages to use the symbolism of the snapping turtle - the Mesnak, and totem animal of David's slain father - without being at all heavy handed. In fact, as familiar as the story is, his version is gripping 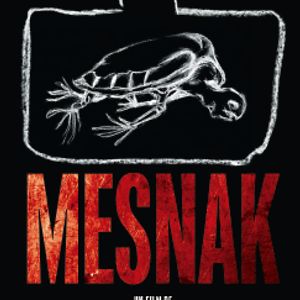 Tensions build slowly yet relentlessly. We watch as David begins a hopeful romance with doomed Osalic, and as his mother's carefully constructed present begins to unravel. Near the beginning, an acting teacher coaches David on playing Hamlet. He commits, as the teacher explains, the mistake of most young actors in portraying Hamlet as someone who is motivated solely by anger. The truth, he says, is much more complex. All the actors in this film succeed in portraying the many layers and complexities of these characters, particularly Victor Turgeon as the vulnerable and conflicted David and Eve Ringuette who's wonderful in her first role as tragic Osalic.

Originally from Wendake, Quebec, Yves Sioui Durand (Huron-Wendat) is a writer, actor and theatre director. Since 1984, he has developed a unique body of work rooted in Indigenous theatre. In 1985 he co-founded Ondinnok, the first French-language Indigenous theatre company in Quebec. Since then, he has written 15 dramatic plays and has done collaborations with Jean-Pierre Ronfard and Robert Lepage. Mesnak is his first feature film and is based on his 2004 theatrical play Hamlet-Le Malécite.

Parkdale - the west Toronto neighbourhood - is one of the stars of this short film by a Genie Award winning director. In a short 15 minutes, Lisa Jackson gives us the story of two sisters left on the street by a negligent father. It's Parkdale's still seamy side we're treated to here on screen, not the condo-ized version, and without becoming didactic, the film shows us just how those street kids fall through the cracks - and how wide those cracks are.

With a background in documentary, Lisa Jackson (Anishnaabe) expanded into fiction with Savage, which went on to win the 2011 Genie for Best Live Action Short and was commissioned as part of imagineNATIVE's Embargo Collective in 2009. She recently completed Parkdale as part of the CFC Director Training program.

Wapos Bay: Long Goodbyes is a family friendly film that uses a creative and enhanced form of stop motion animation to tell the story of two kids whose father has accepted a political position that will mean relocating to the big city - and their ever more complicated attempts to prolong and pospone their farewells. 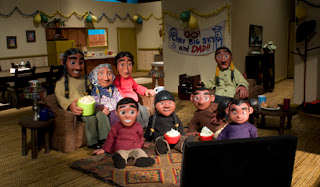 While it has all of the hallmarks of the kind of well meaning children's TV programming that the characters and storyline originally come from, including a 'good citizen' message, the clever script also features a few jokes just for the parents. The story is set against elections for the "Assembly of Sovereign Indian Federation" - or AS IF - and there are lines about suing the big pharmaceutical companies. The kids learn about the dark side of politics along the way to a happy ending.

The animation is seamless and slickly produced, with elaborately constructed sets. The amount of work involved must be staggering. The cast features a host of well known actors including the late (and missed) Gordon Tootoosis. 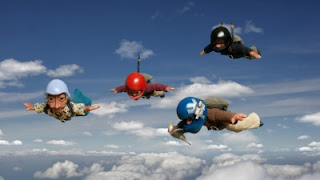