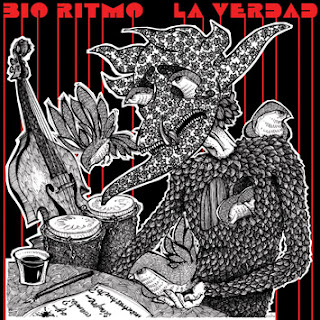 Richmond, VA may not be the typical place that comes to mind when you think of an internationally acclaimed Salsa band, but Bio Ritmo is far from typical.  The 10-member band was formed 20 years ago this September originally as a percussion ensemble brought together by two misplaced Puerto Ricans who met at art school combined with a local punk rock drummer. They have evolved over the years and become known as one of the most groundbreaking salsa bands of the last decade. Their sound is dubbed “post-salsa” and their style considered “old-school” or “alt-Latin,” but essentially Bio Ritmo is known for being themselves, writing and producing all original music with the mind set of a rock-n-roll band who happens to play “in clave” (the basic rhythmic pattern of salsa music). “With a roster that includes former rastas, punks, rockers and jazzistas, Bio Ritmo can’t help but bring an exhilarating unorthodoxy to its music.” (WNYC)

La Verdad, the band’s highly anticipated album was released September 20, 2011 on Brooklyn’s Electric Cowbell Records and will be available digitally, on CD and a limited pressing 12” – making Bio Ritmo the only salsa band that currently releases on vinyl. The legendary NYC hip-hop store/label turned distributor, Fat Beats will be handling distribution, adding yet another level of uniqueness to the mix. It makes sense that La Verdad is the first full-length album to be released on the boutique vinyl label Electric Cowbell.  Label owner James Thomson was an original founder of the group (the aforementioned punk rock drummer) and their 45 “Dina’s Mambo” b/w “La Muralla” was one of the first EC releases in 2010 and is still one of the most in-demand.  Both tracks appear on the critically acclaimed EC compilation, 101 Things To Do In Bongolia, as well as the exclusive “Majadero” (That Little Chimps Remix).