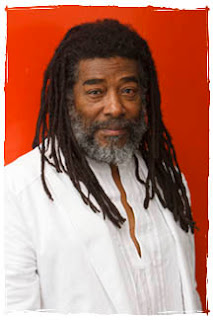 Pre-concert discussion to include Smith, Southwest Chamber Music & Facing History and Ourselves

LOS ANGELES - A child of the South who was raised in the red-hot crucible of the civil rights movement, Wadada Leo Smith has long contemplated creating an epic-scale opus exploring the struggle for African-American freedom and equality. With the three-night world premiere of "Ten Freedom Summers" at the REDCAT Theater in the Walt Disney Concert Hall Complex, Los Angeles on October 28-30, the visionary trumpeter and composer delivers his masterwork, a vivid, spiritually charged musical tapestry that celebrates the movement's heroes and the turbulent era's milestones, while also posing philosophical questions about the nature of democracy and equality. 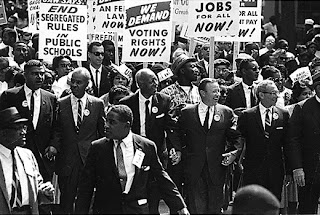 Southwest Chamber Music ensemble conducted by Grammy Award-winner Jeff von der Schmidt. The musicians will record the project in the days after the premiere for release on Cuneiform in the spring of 2012. In designing the sprawling multi-movement work, Smith focused on the formative decade framed by the landmark 1954 Supreme Court case Brown v. Board of Education that overturned the notorious Plessy v. Ferguson decision ratifying Jim Crow segregation, and the passage of the Civil Rights Act of 1964, which outlawed many forms of racial discrimination.

"I was born in 1941 and grew up in segregated Mississippi and experienced the conditions which made it imperative for an activist movement for equality," says Smith, who is marking his 70th birthday with his most ambitious undertaking. "It was in that same environment that I had my first dreams of becoming a composer and performer." 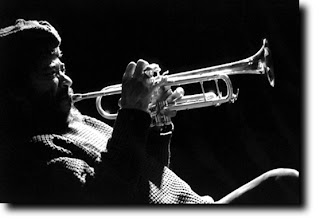 Pittsburgh Cycle, in which each play chronicles a decade of African-American life in the 20th century. Beyond being a passionate fan of Wilson's work, Smith feels a deep personal connection to his plays as he provided the transcription of a 1920s Fletcher Henderson piece and contributed trumpet work to the original 1982 production of "Ma Rainey's Black Bottom," a score created by saxophonist Dwight Andrews (a member of Smith's ensemble New Dalta Akhri who went on to collaborate frequently with Wilson).

"I own all 10 of Wilson's plays and have studied them over the years," Smith says. "Much like Wilson, what I'm trying to do is give a full impression, show the psychological transformation that America achieved. Each piece has its own motivation, and what ties it together is the psychological thread. Rather than taking 10 decades, I took 10 freedom summers."

The REDCAT premiere is the culmination of more than three decades of intermittent work, study and contemplation. Smith has divided the 18 movements into three thematic collections, "Defining Moments in America," "What is Democracy?" and "Ten Freedom Summers." With movements dedicated to the indomitable Mississippi Freedom Democracy Party leader Fannie Lou Hamer, the brutally slain teenager 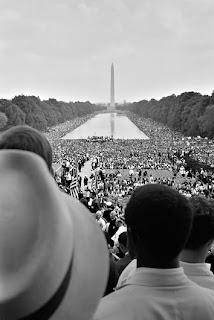 Emmett Till, and Montgomery bus boycott catalyst Rosa Parks, the first collection could just as easily be called "Heroes and Martyrs" as "Defining Moments."

In an historic collaboration, von der Schmidt and Southwest Chamber Music have risen to the challenge. After decades of being revered by his peers and colleagues, Smith is attaining his rightful place at the forefront of American music. "Every ensemble is like a planet in the cosmos," Smith has said, and with "Ten Freedom Summers" he has created a startlingly detailed universe that reflects upon the essence of what it means to be American, and what it means to be human.

Facing History and Ourselves, an international organization dedicated to fighting racism, anti-Semitism and bigotry through education, will participate in a pre-concert discussion that will provide context for the performance.  They'll also work with Southwest Chamber Music and Smith to bring this piece to schools. The organization has extensive resources that look at the role of individuals and their choices in the history of the civil rights movement.