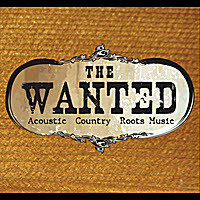 The Wanted embraces early country music (in the style of the Carter family and jug bands of the ‘20s and ‘30s), blues, bluegrass, and rockabilly to create an eclectic musical style that is at once distinctive and recognizable.

The song writing is shared amongst the band members which includes Richard Henderson, Dave Lang, Jeff Rogers and Natalie Rogers, and this lends an additional layer of originality to their performances. 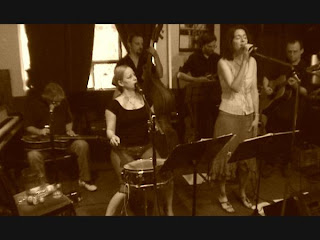 With tasty originals and brilliant covers of songs like Bill Monroe’s “Walls of Time” to Nancy Sinatra’s “These Boots Are Made For Walkin’,” the group combines traditional instrumentation of guitar, upright bass, mandolin and percussion with unique elements such as the Irish bodhran and acoustic lap steel guitar. Blending their voices in intricate harmonies, The Wanted creates a sound that is transformational – “Emmylou Harris” meets unplugged vintage rock ‘n roll performed to a driving Celtic drum!

The Wanted regularly performs at the Gladstone Hotel, has headlined at Hugh’s Room and has served residencies at the Cameron House and the Tranzac Club in Toronto. The group also performs at popular country fairs and private gigs in southern Ontario.

Now, following the recent release of their self-titled CD and years of working as a resident and recurring featured act in Toronto’s top roots clubs, The Wanted is hitting its stride. The new CD has received airplay on CBC and Canadian roots music programs and the only crime here is that we haven’t heard enough of them yet!.