NEW YORK CITY - Audiences and critics alike are raving about this Sundance award-winner which follows the man behind the most-beloved Muppet of our time. 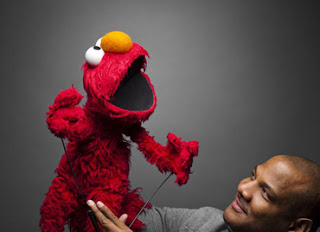 Each and every day, millions of kids tune in to Sesame Street to see one of the world’s most adored and recognizable children’s characters, a furry red monster named Elmo. Yet, with all of Elmo’s fame, the man behind the Muppet is able to walk down the street without being recognized.

Meet Kevin Clash. As an average teenager growing up in Baltimore in the 1970s, Kevin had very different aspirations from his classmates—he wanted to be a puppeteer. More specifically, he wanted to be part of Jim Henson’s team of Muppeteers, the creative force responsible for delivering the magic of Sesame Street on a daily basis.

With a supportive family behind him every step of the way, Kevin made those dreams come true. Combining amazing archival footage with material from the present day, filmmaker Constance Marks explores his story in vivid detail, chronicling the meteoric rise of Jim Henson’s Muppets in the process. – SUNDANCE FILM FESTIVAL

• Also check out our new Family Films series this weekend -  Charlie and the Chocolate Factory, with special $6 discount tickets and "indie lunch box" special for everyone