TORONTO – The Canadian Folk Music Awards (CFMAs) are pleased to announce their 2011 gala lineup which reflects the broad and rich quality of music defined as folk. Some of Canada’s finest will perform at the event including Celtic superstar LOREENA MCKENNITT, bluesman JIM BYRNES, charming songstress ROSE COUSINS and two outstanding groups – a capella ensemble SOUL INFLUENCE and high-energy trio DE TEMPS ANTAN. The awards ceremony will be held in Toronto on Sunday, December 4 at the Isabel Bader Theatre, 93 Charles St. West. Roots Music Canada will be on hand to provide live coverage at rootsmusic.ca for those who cannot attend the event.


As well this year, CFMA, TD Bank and The Twelfth Fret present the world premiere of "A WALK IN MY DREAM," following the life-changing events of harmonica great MIKE STEVENS.

Created in 2005 to bring greater exposure to the wealth of Canadian folk music talent, the CFMAs, now in its seventh year, honours outstanding achievements in 19 categories, plus a new award called “Unsung Hero” in recognition of the exceptional contribution of an individual, group or organization to the Canadian folk music scene. 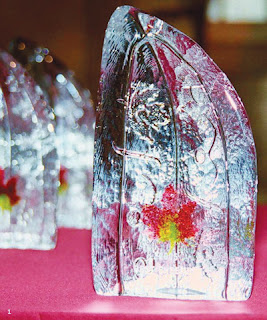 The gala awards ceremonies – once again hosted by CBC Radio on-air personality and Order of Canada recipient Shelagh Rogers and Juno Award-winning veteran entertainer Benoit Bourque – will present some of our country’s brightest stars. Canada’s internationally successful, self-made Celtic powerhouse Loreena McKennitt joins the festivities this year along with multi-talented musician/actor Jim Byrnes. Jim will be accompanied by last year’s Producer of the Year winner and fingerstyle guitar genius Steve Dawson. Another 2010 CFMA recipient, Rose Cousins, from Nova Scotia, is sure to delight audiences with her lush, deep music and distinctive humorous banter. Stirring it up will be Afro-jazz-Christian a capella group Soul Influence, which focuses on the fusion of distinct African spiritual sounds based on Zulu, Shona, Ndebele, Bemba, Lingala,Tswana, Tonga, Twi, Taita Nyanja and Swahili, along with contemporary Christian gospel music. Quebec trio De Temps Antan will provide an explosive onstage presence, with their combined virtuosity on violin, accordion, harmonica, guitar, bouzouki and many other instruments.

The CFMAs, along with TD Bank and The Twelfth Fret are thrilled to present the world premiere of TV personality Jonathan Torrens’ film "A WALK IN MY DREAM."

The film features musician Mike Stevens, who is probably the only harmonica player in the World to appear on the Grand Ol’ Opry stage more than 300 times; give himself eight hernias because of the way he plays; and be named Kentucky Colonel by the Governor of Kentucky for his outstanding contribution to bluegrass music.

Ten years ago, at the top of his game, Mike’s career took a sudden and drastic detour when he found himself face to face with a group of Labrador youth living in unimaginable conditions. His life would never be the same...and neither would theirs.

The film will debut at the TIFF Bell Lightbox and will launch the 2011 CFMA events on Friday, December 2 at 8:00 pm. Tickets are $20 available at the TIFF box office and a full 50% of the ticket price will be a donation to ArtsCan Circle, the registered charity organization that is inspired by Stevens’ work and dedicated to linking creative artists with Indigenous youth at risk in Canada.


Nominee showcase performances and special events will run from Friday, December 2 - Sunday, December 4.
The Canadian Folk Music Awards (CFMAs) is thrilled to announce music industry professional JANE HARBURY as the 2011 recipient of the inaugural UNSUNG HERO AWARD. The award will be presented to the vibrant and committed Toronto publicist during the SEVENTH ANNUAL CFMAs at the Isabel Bader Theatre, 93 Charles St. West in Toronto on Sunday, December 4th. 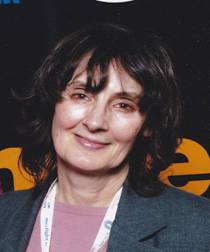 The new annual Unsung Hero award recognizes the exceptional contribution of an individual, group, or organization to any aspect of the Canadian folk, roots and world music scene, such as performance, promotion and presentation. Nominations for this category were accepted from the public and Harbury was selected by a jury from the region where the awards will take place – in this case, for 2011, Central Canada (which includes Ontario, Quebec and Nunavut).

Jane Harbury’s involvement with the music industry began in the late 1960s when she took on several roles, including manager of the well-known Yorkville coffee house The Riverboat, personal assistant to record producer Brian Ahern, and booking contact for Eastern Sound; the leading Toronto recording studio at that time.

Jane has worked tirelessly to promote artists and events since founding her own publicity company in the ‘80s. Some of her clients over the years include Lhasa, Ian Tyson, Penny Lang, Tom Rush, Eric Andersen, the Chieftains, Ken Whiteley, James Keelaghan and David Francey. In addition to her work with established artists, she is committed to assisting emerging artists in the development of their careers, and has worked with Jason Fowler, Clay Tyson and Rachel Kane, to name a few.
canadian folk music awards cbc radio cfma folk music indie music live music in toronto roots music shelagh rogers