PHILLIP BROWN ON THE RIGHT ROAD WITH DRIVE
CD RELEASE FOR DRIVE @ THE TRANZAC CLUB ON DECEMBER 4TH @ 7:30 PM 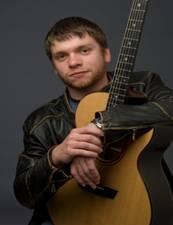 The wise-beyond-his-years singer-songwriter Phillip Brown has surfaced with a dynamic new album called DRIVE. This is his fourth CD and was produced by multi-talented award-winner Paul Mills of The Mill Stream, following the critically acclaimed Winter Hymn which Mills also had a hand in. Brown’s refreshing and smooth “folky” vocals whisper Lightfoot and wrap around his introspective lyrics with the strength and confidence of a veteran. His guitar pickin’ is impressive too and he has garnered the attention of many musicians and industry folks alike.

Someone once said, “Everything in life is somewhere else, and you get there in a car.” And then there’s this funny quip “The shortest distance between two points is under construction.” Both of these quotes speak of life as a kind of work-in-progress and that’s what the seven-track album DRIVE is about – love and loss, yearning and making important decisions about one’s future through the freedom of driving somewhere, 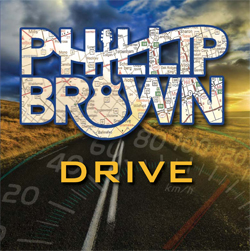 anywhere and letting the wheels chart your course. This is most aptly expressed in the song titled “Which Way Should I Go.”

Brown’s lush vocals are sweetly enhanced by singer Ann Chung especially on the title track. The haunting lonesome vibe on songs like “Harbour Mouth” and “The Sun and the Moon” is deftly achieved by the long somber tones from Wendy Solomon’s cello. Brown pays homage to the hard life of a man down-at-heels in the song “The Drunkard” and sees himself staunching his own path at times, in the livelier “Wrench in My Own Gears”.

Other players on the album are Paul Mills aka Curly Boy Stubbs on acoustic guitar, resonator guitar and banjo, the great Al Cross on drums and the anchor for Brown’s melodic prowess, Bryant Didier on bass.

The CD was also recorded and mixed by Paul Mills at The Millstream and mastered by Ron Skinner at Heading North Mastering. 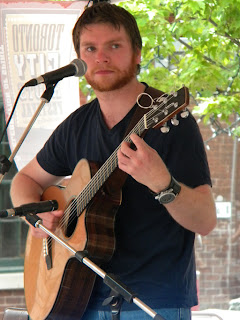 MICHAEL BURTON will open the night with music from his recent solo release The Welcome Shore which holds examples of his attachment to ocean and shore as well as the travelling life. He writes from real life most of the time and as folk veteran Tim Harrison put it, "Michael is a fellow toiler in the stony fields of Folk."